The Port of Cromarty Firth has announced that its deepwater engineering port facility at Invergordon Service Base has been chosen to fulfil the next phase of one of the world’s largest offshore wind farms.

On Wednesday 9th July, the Chinese heavy lift vessel, the Xia Zhi Yuan 6 arrived into Port from Cartagena, Spain, carrying the first concrete gravity base caissons, for use in the Moray Offshore wind farm and the Inch Cape windfarm.

The Port of Cromarty Firth has been selected as the closest port to the wind farms capable of providing both a sheltered, deepwater berth and onshore supply chain service necessary to see the project through to completion.

The caissons are to be used in the construction of Met masts (offshore weather stations), one at Moray wind farm and one at Inchcape, near Edinburgh.

Each caisson will be fitted with a large steel monopole (used to anchor the caisson to the sea bed) and a 90m tall steel a lattice tower, on to which meteorological equipment will be installed.

Bob Buskie, CEO for the Port of Cromarty Firth said “Talks began last year, with the unique suitability of Invergordon Service Base quickly being singled out from other competitors as the key port facility with all the right components to manage this project. Having been involved with the initial test turbines that were established in the Beatrice offshore windfarm in 2010, it was a natural progression that the Port as a whole and Invergordon Service Base in particular would be a strong contender for this next phase.”

The Port of Cromarty Firth recently embarked on a £25million expansion project, which will see it reclaim 9 acres from the sea and add a further deepwater berth to its existing port capabilities. The expansion will be completed by Summer 2015 and it is hoped that the Port will benefit from its proximity to the Moray Firth offshore wind farms. 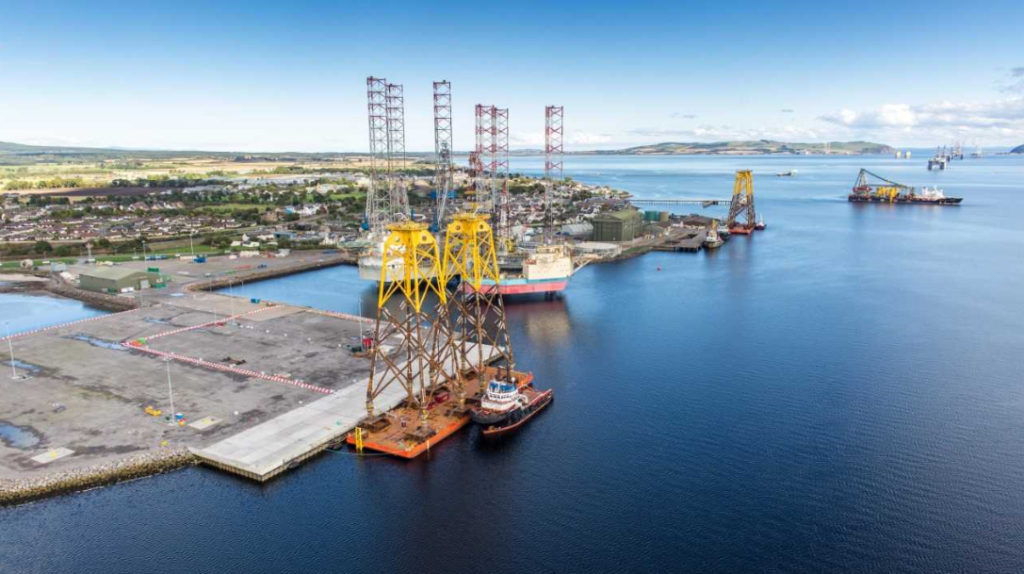