DNV, which recently shortened its name from DNV GL, said on Tuesday that the contract would cover inspection services to Vår Energi’s full portfolio of assets on the Norwegian Continental Shelf.

DNV would be primarily responsible for conducting inspection services on the Goliat field in the Barents Sea. Vinde Tilkomstteknikk, the specialist contractor and staffing specialist, will be responsible for providing services to assets in the Balder and Ringhorne fields in the North Sea.

As part of an integrated project team, DNV will deliver project management, inspection planning, and inspection execution. Vinde Tilkomstteknikk will perform inspection and rope access as well as maintenance and modification work. According to the classification society, the tandem will provide advisory and engineering services as part of the project.

Lars Sørum, DNV’s managing director of inspection, said: “This contract demonstrates the strength of our trusted working relationship with Vår Energi, which has been secured through the quality of our inspection work over the past seven years at Goliat.

“We look forward to working alongside Vinde Tilkomstteknikk as we continue our relationship with Vår Energi, ensuring the safe and sustainable operation of its assets. We aim to further grow our inspection services in the Norwegian energy market”.

“Teaming up with DNV will allow us to deliver a wider range of services, providing a much-need ‘one-stop shop’ for integrity and maintenance services for the market”.

Vår Energi’s senior procurement manager Kjetil Barbo said: “The agreement gives us continuity in an essential part of our offshore operations, as well as it generates activity for the Norwegian supplier industry”.

As for the Goliat field, it was discovered in 2000 and its plan for development and operation was approved in 2009. The field is developed with a fully winterized floating production unit including subsea systems, and production start-up took place in March 2016. Vår Energi is the operator with 65 per cent ownership interests while Equinor is a partner with 35 per cent ownership interests.

The Balder field is developed with a floating production, storage, and offloading vessel and several subsea production systems. Production commenced in 1999, and Balder exports gas to Statpipe via the production vessel Jotun A. It also has an extension program called the Balder X project. Vår Energi holds 90 per cent ownership interests, while Mime Petroleum holds the remaining 10 per cent.

The Ringhorne field is located about nine kilometres northeast of the Balder FPSO. The field is developed with a platform with initial processing and water injection capabilities. Production of oil and gas is routed to the Balder and Jotun installations for final processing, storage, and export. Production at Ringhorne started in 2003. Vår Energi and Mime Petroleum hold the same percentage in Ringhorne like they do in Balder. 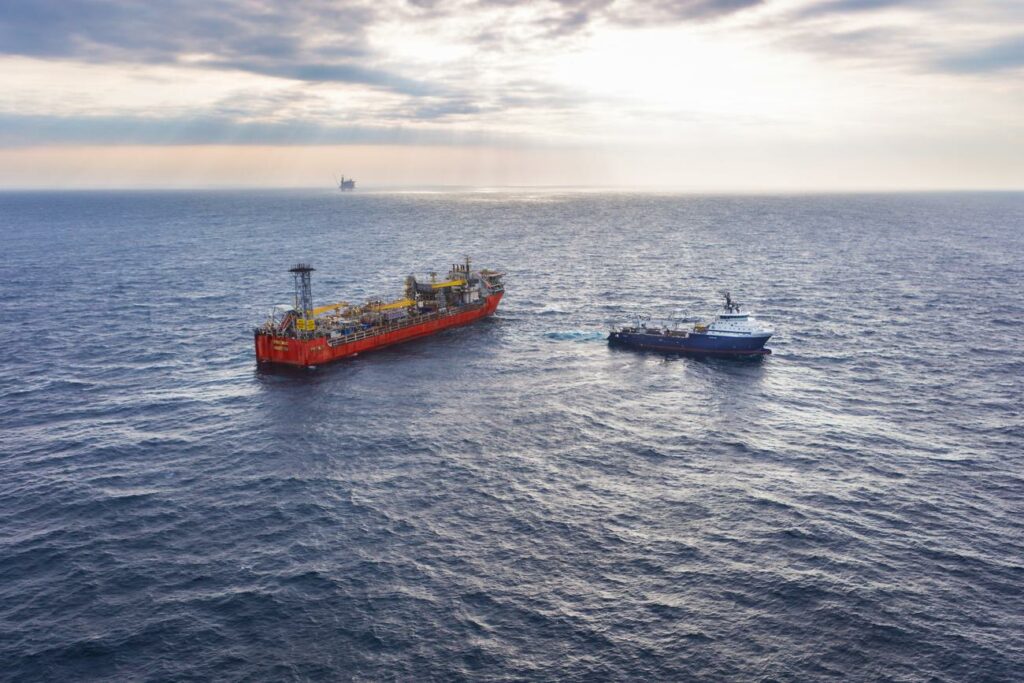