The ship will operate on the Wadden Sea, a UNESCO World Heritage site.

It will work on the ferry connection to Dutch islands of Terschelling and Vlieland.

The two new vessels will each have the capacity to transport up to 600 passengers and 64 cars across the Wadden Sea.

Strategic Marine shipyard in Vietnam built both of the ships while Doeksen completed final outfiting and commissioning.

According to Doeksen, the second ship, Willem de Vlamingh, will follow in September.

The company says that these ships are the first Dutch single-fuel LNG-powered ferries.

Doeksen also claims that these ferries are the world’s first ships with single-fuel LNG engines that can drive a fixed propeller directly.

Emissions from the LNG engines fall “considerably below” the current IMO III limits.

The shipping company plans to reduce CO2 emissions even more.

It aims to achive this by “blending standard LNG with bio-LNG or LBG as soon as this type of fuel becomes sufficiently available”. 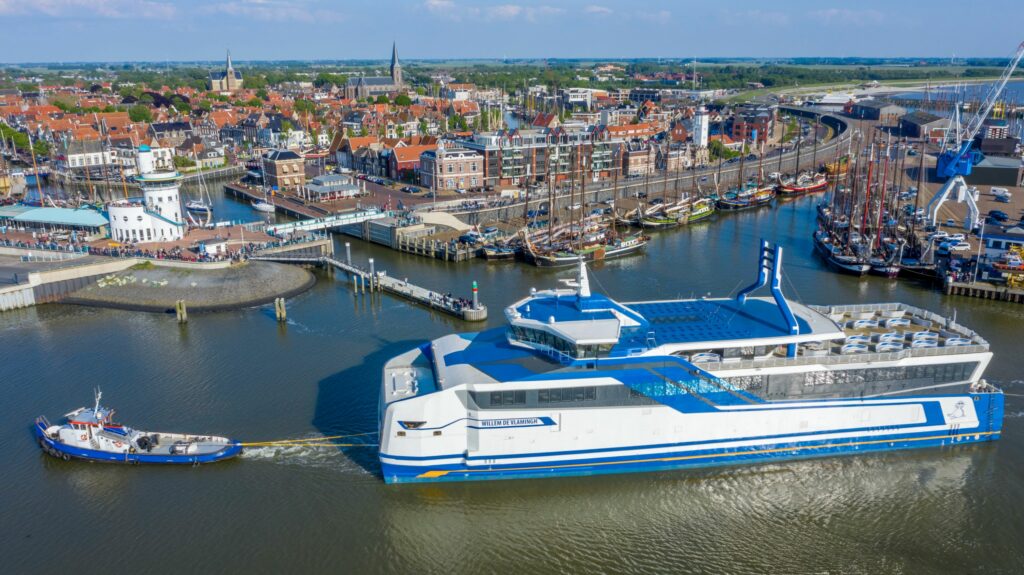