DONG Energy has today signed a GBP 250 million Loan Facility with the European Investment Bank (EIB), guaranteed by the Danish Export Credit Agency (Eksport Kredit Fonden, EKF) on the basis of deliveries from Siemens Wind Power and Per Aarsleff.

The loan is part of the financing for the construction of the London Array offshore wind farm. The financing is in line with DONG Energy’s strategy to diversify its funding on various loan types and to fund projects out of the parent company.

The first phase of the London Array wind farm has a capacity of 630 MW and is expected to begin operation in 2012 and be able to provide renewable energy for the London Olympics. Once completed it will be the world’s largest offshore wind farm. DONG Energy owns 50% of the farm with E.ON (30%) and Masdar (20%) holding the remaining shares.

Chief Financial Officer of DONG Energy Carsten Krogsgaard Thomsen said: “DONG Energy’s goal is to reach at least 3,000 MW of wind turbine capacity by 2020, and London Array is a cornerstone in this transition towards a greener future. The EKF guaranteed EIB funding of the project supports our robustly financed investment programme”.

Simon Brooks, European Investment Bank Vice President responsible for the United Kingdom said: “The European Investment Bank is pleased to be able to support DONG Energy’s contribution to London Array, expected to be the world’s largest offshore wind farm. This project will make a significant contribution to meeting both Europe’s and the United Kingdom’s renewable energy targets.”

The content of this announcement does not alter the previously announced expectations for DONG Energy’s financial result for 2010 or the announced expected level of investments. 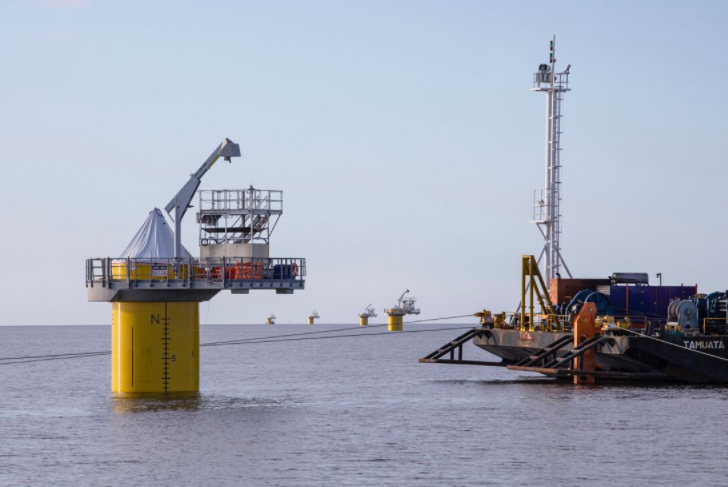