Back to overview
Home Fossil Energy Draft COP26 deal calls for phasing out fossil fuels subsidies as U.S. and China tie up for climate action

Draft COP26 deal calls for phasing out fossil fuels subsidies as U.S. and China tie up for climate action

As the final day of the COP26 conference is approaching, the pressure to end the era of fossil fuels is mounting and all eyes are on Glasgow. Two major updates revealed during this week of the summit include a draft of a document that will outline the summit’s decisions, containing a call for phasing out subsidies for fossil fuels, and an announcement about a collaboration between the United States and China on cutting emissions.

The conference, ending on 12 November 2021, will result in a document, which will include decisions and resolutions made during the event that build on the Paris Agreement. The draft text of COP26, released by the summit UK hosts on Wednesday, emphasised the importance of multilateralism in tackling climate change and the crucial role of international cooperation in implementing the Paris Agreement. The final version of the document is set to be released as the summit comes to a close.

As the pressure to end fossil fuels use is mounting, one of the crucial elements from the document is the call to accelerate the phasing-out of coal and subsidies for fossil fuels. However, there is no guarantee that this will be included in the final version of the document.

The parties were also urged to revisit and strengthen the 2030 targets in their nationally determined contributions, as necessary to align with the Paris Agreement temperature goal by the end of 2022.

‘Phase out all fossil fuels immediately’

Even before the conference started, environmental groups were pushing for concrete measures and actions to curb climate change. Greenpeace believes that the final decision reached at COP26 will influence how nations approach the climate crisis at home.

The environmental group noted that the world leaders still haven’t taken the meaningful action our planet needs and is urging the delegates to make sure the final text includes commitments from governments across the world to phase out all fossil fuels, including oil and gas, immediately and pledges from wealthy countries to significantly scale up their financial support for poorer nations to tackle the climate crisis so they can adapt.

According to Greenpeace, there has been progress this week as the latest draft of the decision mentions phasing out coal and fossil fuel subsidies. If the text makes it through the next few days of negotiations, this would be the first time in 25 years of climate talks that language on reducing fossil fuels is included. However, Greenpeace underlined that ending coal and fossil fuel subsidies is not enough and, to avoid climate catastrophe, experts say countries need to end all new fossil fuel projects immediately including oil and gas.

“This is the last decade we have to tackle the climate crisis and we can’t succeed without ending the use of fossil fuels,” Greenpeace emphasised.

Recognising the seriousness and urgency of the climate crisis, the world’s biggest polluters, the United States and China, have committed to tackling it through their respective accelerated actions in the critical decade of the 2020s, as well as through cooperation in multilateral processes to avoid catastrophic impacts.

The two countries are committed to pursuing efforts to hold the global average temperature increase to well below 2 degrees C and to pursue efforts to limit it to 1.5 degrees C.

However, the U.S. and China recognized that there remains a significant gap between such efforts, including their aggregate effect, and those that need to be taken to achieve the goals of the Paris Agreement. The two sides stress the vital importance of closing that gap as soon as possible, particularly through stepped-up efforts. They declared their intention to work individually, jointly, and with other countries during this decisive decade to strengthen and accelerate climate action and cooperation aimed at closing the gap, including accelerating the green and low-carbon transition and climate technology innovation.

The two sides are intent on seizing this critical moment to engage in expanded individual and combined efforts to accelerate the transition to a global net-zero economy. They plan to cooperate on several aspects, including regulatory frameworks and environmental standards related to reducing emissions of greenhouse gases in the 2020s; maximizing the societal benefits of the clean energy transition; policies to encourage decarbonization and electrification of end-use sectors; key areas related to the circular economy, such as green design and renewable resource utilization; and deployment and application of technology such as CCUS and direct air capture.

Considering the significant role of methane emissions on the global temperature increase, both countries consider increased action to control and reduce these emissions to be a matter of necessity in the 2020s. With this in mind, they will work to enhance the measurement of methane emissions and exchange information on policies and foster joint research into methane emission reduction challenges and solutions.

Biden has already proposed measures to cut methane emissions resulting from oil and gas operations as part of his commitment to action on climate change. Namely, during the summit, the U.S. government proposed comprehensive new protections to sharply reduce pollution from the oil and natural gas industry – including, for the first time, reductions from existing sources nationwide.

The two sides intend to establish a “Working Group on Enhancing Climate Action in the 2020s,” which will meet regularly to address the climate crisis and advance the multilateral process, focusing on enhancing concrete actions in this decade. 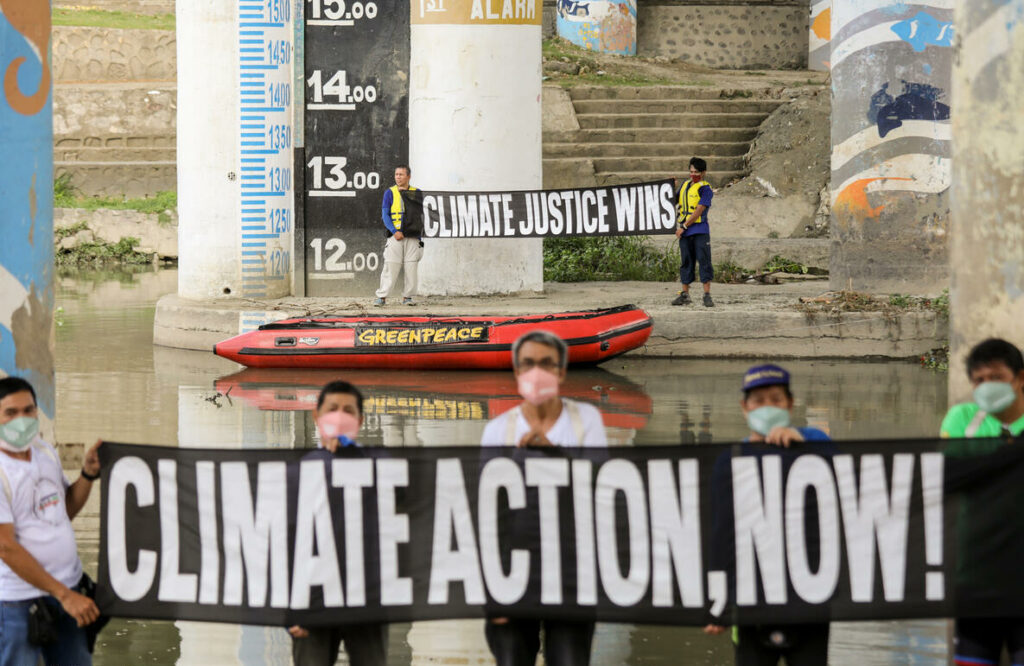