Advertisement
Back to overview
Home Green marine Drewry: Tanker Scrapping Activity to Revive before Surging in 2020

Drewry: Tanker Scrapping Activity to Revive before Surging in 2020

Scrapping activity in the crude tanker market this year, as well as in 2020, is expected to rise with the implementation of new rules from the International Maritime Organization.

Namely, the IMO’s Ballast Water Management Convention (BWMC) is likely to rekindle tonnage scrapping in the remainder of 2019, although the real impact of the regulation will be seen only after the implementation of the IMO 2020 regulation on sulphur cap, according to shipping consultancy Drewry.

The convention contains two standards, D-1 and D-2. As per the D-1 standard vessels have to exchange their ballast water in open seas, at least 200 nautical miles away from the coast, while the D-2 standard puts a cap on the number of viable organisms that are allowed to be discharged by ships. The D1-standard entered into force on September 8, 2017, but the implementation of the D-2 standard – which effectively means installing ballast water treatment systems (BWTS) – will be staggered.

According to the convention all the ships built from the September 8, 2017 onwards will have been fitted with BWTS on delivery. However, vessels built before this date will have to retrofit BWTS at their next special survey from September 8, 2019. Effectively, owners of these vessels have a five year window between 2019 and 2024 to comply with the regulation, with the actual installation date based on the due date for the vessel’s next special survey.

“For the moment it would appear that the majority of owners are trying to delay retrofitting of BWTS to the last possible minute because of the high capex involved,” Drewry said, adding that close to 590 crude tankers, about 32% of the existing fleet, is currently equipped with BWTS, with most of these vessels built after the convention came into force in 2017.

“Apart from this, about 11% the vessels in the fleet are fitted (or pending retrofit) with scrubbers but not equipped with BWTS. We expect all these vessels will eventually retrofit BWTS as they have already invested in expensive scrubbers.”

Owners of the remaining 57% of vessels in the fleet, which are neither fitted with BWTS nor scrubbers, will have to decide on whether or not to retrofit BWTS before their next special survey.

Drewry explained that owners of vessels older than 15 years are more likely to scrap these ship due to pressure to comply with the IMO’s 2020 regulation on sulphur cap on bunker fuels from the beginning of 2020.

“About 21% of vessels in the existing fleet fall within this category, which suggests that scrapping activity will surge in the coming years. However, the impact of BWMS on scrapping activity in the remaining months of 2019 will be modest, as out of 100 crude tankers (without BWTS) due for special survey in 2019, only 25 crude tankers (1% of the fleet) are 15 years or older. Nonetheless, scrapping activity, which has been subdued so far this year, will rekindle before surging in 2020.” 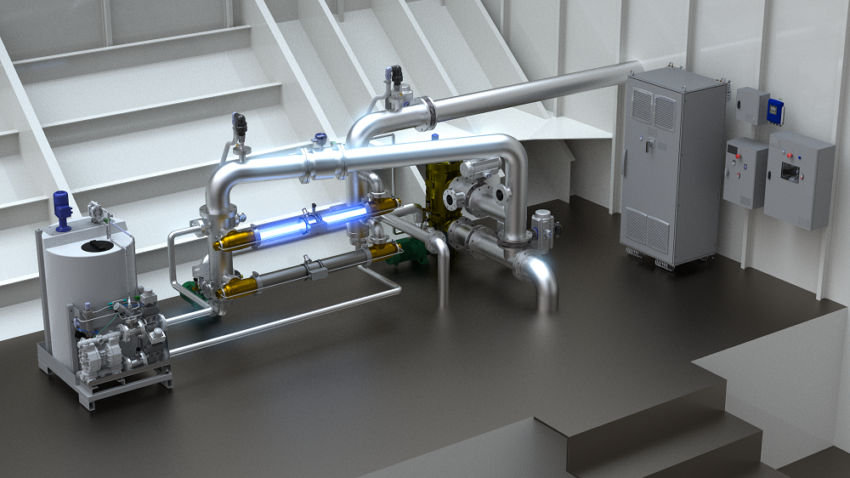