A Dutch general cargo ship sank early Tuesday morning after colliding with an LNG tanker in the North Sea, some 6 miles off the Belgian port of Zeebrugge, Netherlands Coastguard reports.

The crew of 11 from the sunken 9,000 dwt freighter Flinterstar has been safely plucked from the cold waters of the North Sea, with one person being treated for hypothermia.

The 2002-built Flinterstar, owned and operated by the Dutch shipping company Flinter,  is reportedly leaking oil which is spreading in a north-northeast direction. The spill is being tackled by Belgian authorities.

The Marshall Islands-flagged LNG tanker Al-Oraiq was towed towards the port of Zeebrugge with no water ingress or leaks reported thus far. K Line LNG Shipping (UK) Limited, the manager of Al-Oraiq, said that the crew of the LNG tanker rescued 3 men from the sunken Flinterstar.

Al Oraiq, which is in a stable condition and is safely anchored near Zeebrugge fairway, will shortly move alongside.

The Western Schelt estuary, connecting the port of Antwerp with the North Sea, is partially obstructed in both directions.

The investigation into the cause of the collision is ongoing. 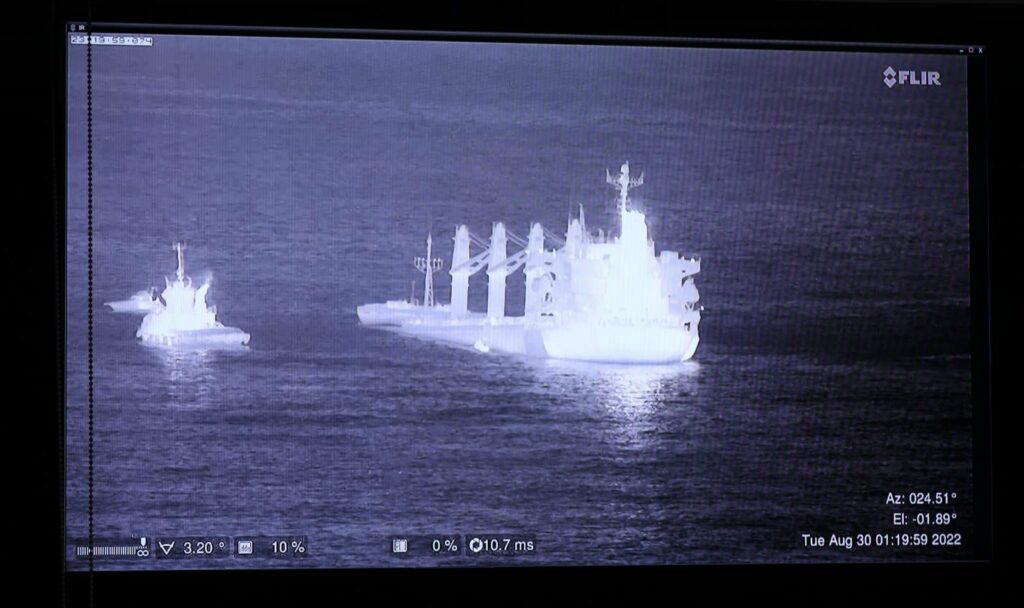