Electromagnetic Geoservices ASA (EMGS) has issued Claims against each of (i) Petroleum Geo-Services ASA, (ii) PGS Exploration (UK) Limited and (iii) PGS Geophysical AS (together “PGS”) in the High Court of Justice, Patent Court, London, UK.

The basis for these Claims is the evaluation by EMGS that PGS has used the Towed Streamer EM in the United Kingdom and Ireland in violation of both (i) European Patent EP (UK) 1 256 019 B2 entitled “Method for determining the nature of subterranean reservoirs” (the “Patent”) and (ii) European Patent EP (IE) 1 256 019 B2 (the “Irish Patent”). The evaluation has been based on technical and commercial papers published by PGS as well as other public documents issued by PGS.

EMGS has also sent a warning letter to PGS that similar claims will be filed in Norwegian courts based on PGS’ use of the Towed Streamer EM in Norwegian territory infringing EMGS’ Norwegian patent NO 324454 8 (the “Norwegian Patent”).

The Patent was successfully defended by EMGS against claims of invalidity from Schlumberger Holding Ltd in the UK Court of Appeal in July 2010 and through several oppositions in the European Patent Office appeal division in December 2011. Subsequently, Schlumberger and EMGS entered into a cross-license agreement in December 2011 whereby Schlumberger gained the right to use the method described in the Patent.

EMGS has further informed PGS that the Patent, being essentially the same as the Irish Patent and the Norwegian Patent, also has been granted in the following jurisdictions: Australia, Canada, China, Egypt, Denmark, France, Germany, Greece, Italy, Netherlands, Portugal, Spain, Turkey, Falkland Islands, India, Indonesia, Iran, Mexico, Nigeria, Russia, USA and Malaysia. The Patent was filed in February 2000 and is valid until February 2020. In certain of the latter jurisdictions the claims of the granted patent include the use of data collected using the method described in the patent. 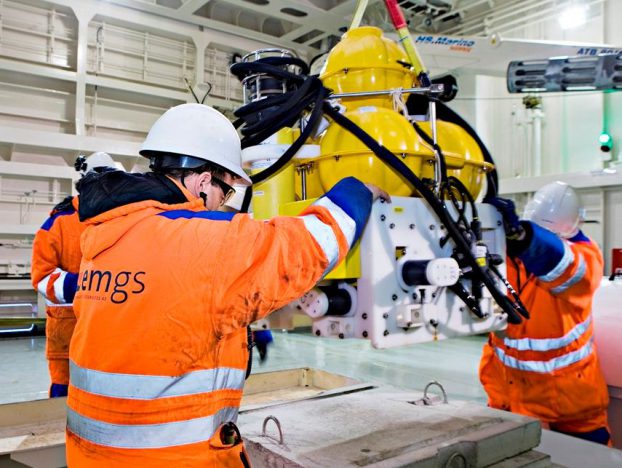