Offshore drilling company Ensco has raised its offer for rival Rowan Companies, offering an increase in the exchange ratio for its all-stock combination with Rowan. The increased offer comes a week after it was announced that one of Rowan’s major shareholders, Canyon Partners, would oppose the merger saying the deal significantly undervalues Rowan.

Ensco on Monday said that new offer would see Rowan receiving 2.600 Ensco shares for each Rowan share, a 17.4% increase from the exchange ratio of 2.215 contemplated by the transaction agreement announced on October 7, 2018.

Upon closing, Ensco and Rowan shareholders would own approximately 57% and 43%, respectively, of the outstanding shares of the combined company. All other terms and conditions of the transaction agreement would remain unchanged. The proposal has been unanimously approved by Ensco’s board of directors, Ensco said adding that“…this proposal is final and represents the maximum exchange ratio that Ensco is prepared to offer. “

Ensco’s Non-Executive Chairman of the board of directors Paul E. Rowsey III said: “This enhanced proposal is a reaffirmation of our belief that this combination will generate significant long-term shareholder value and result in the creation of a leading offshore driller with substantial opportunities across water depths, geographies, and market conditions.

“The combined company will boast some of the industry’s highest-specification assets, unparalleled geographic coverage, a diverse customer base, and significant future revenue growth opportunities. Further, $150 million of anticipated annual synergies resulting from the transaction are expected to create $1 billion of capitalized value for shareholders of the combined company.”

“We look forward to quickly executing an amendment to the definitive agreement and to consummating this transaction and delivering on the significant opportunities of the combined company.”

“As a result of significant synergies, the transaction is expected to be accretive to cash flow per share in 2020. The combined company would also have a strong financial position with $3.7 billion of total liquidity, $2.6 billion of contracted revenue backlog and an enhanced credit profile that enables the combined company to better compete across market cycles,” Ensco said.

Canyon against the merger

Worth noting, prior to the latest offer, Canyon Capital Advisors, owner of around 6.3% of Rowan Companies’ shares, said it would vote against the merger. Canyon feels the proposed merger would increase the risk to Rowan and its shareholders “by tying the company’s success to Ensco’s older fleet of midwater and deepwater offshore drilling rigs and increasing exposure to more volatile segments of the offshore drilling industry.”

Canyon is also concerned about Ensco debt, and the risk this carries for Rowan shareholders:

“The proposed merger does not adequately account for disparities in the companies’ financial risk profiles, increasing the risk to Rowan and its shareholders by adding significant balance sheet leverage as a result of Ensco already carrying $5.2 billion in long-term debt, with significantly greater intermediate maturities than Rowan has, and having nearly $400 million less available cash and short-term investments than Rowan,” Canyon said last week.

Furthermore, Caynon has also challenged the Rowan leadership who recommended that shareholders take the first offer.

Canyon said: “The proposed merger is the result of a flawed sales process.  No comprehensive procedure appears to have been employed to test the market to determine the appropriateness of a sale and the best achievable price.  Moreover, the merger was approved by a Board of Directors collectively owning less than 1% of Rowan’s shares and was negotiated by a CEO whose interests are not fully aligned with Rowan’s shareholders.”

“Of the ten potential alternative transactions [Rowan] supposedly contemplated over a period of several years, no transaction is sufficiently described to provide meaningful insight into how aggressively those opportunities were pursued, and at least half of them appear to have been contemplated acquisitions by Rowan rather than sales.”

“While Canyon generally supports pursuing a strategic transaction to capture synergies and unlock value for Rowan shareholders, it is imperative that any such transaction be done at the right time and the right price, and without jeopardizing Rowan’s long-term liquidity and solvency.  Given the quality of Rowan’s fleet, the strength of its customer base and the health of its balance sheet, Canyon believes Rowan is extremely well-positioned to deliver outstanding results for its shareholders without pursuing risky, dilutive transactions.  Accordingly, Canyon will vote against the proposed Rowan-Ensco merger,” Canyon said last week. Read Canyon’s full statement here.

Responding to Ensco’s new offer, Rowan, whose directors agreed to the first offer in October 2018, on Monday said: “In consultation with its financial and legal advisors, the Rowan Board of Directors will carefully review and consider Ensco’s proposal to determine the course of action that the Board believes is in the best interest of Rowan and its shareholders. The Rowan Board will respond to Ensco’s proposal in due course following its review.”

According to company statements from October 2018, the combined fleet of the two companies would consist of 28 floating rigs (semi-subs and drillships) and 54 jack-ups. The number includes two drillships and one jack-up rig under construction and does not include rigs which are part of Rowan’s ARO joint venture in Saudi Arabia.

Within the fleet of 28 floating rigs are 25 ultra-deepwater rigs capable of drilling in water depths of greater than 7,500 feet, with an average age of six years. According to Ensco, the combined fleet will also have the second-largest fleet of the highest-specification drillships in the industry, with 11 of these seventh generation ultra-deepwater rigs.

As for the jack-ups the 54-rig jack-up fleet would include 38 units that are equipped with “many of the advanced features requested by clients with shallow-water drilling programs,” such as increased leg length, expanded cantilever reach and greater hoisting capacity. Among the combined company’s jack-up fleet are seven ultra-harsh environment units and nine additional modern harsh environment rigs. 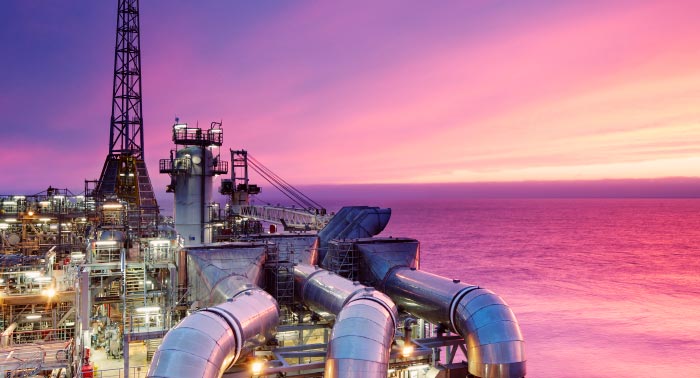