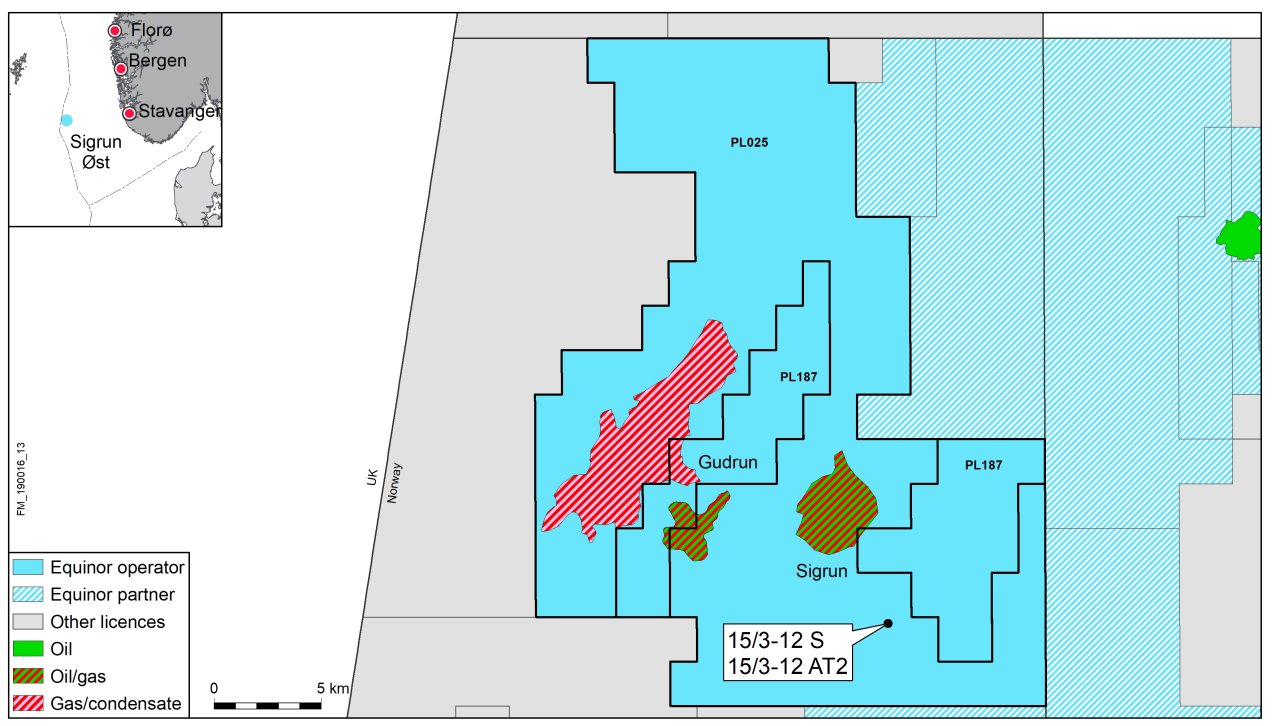 Equinor and its partner Neptune have found oil in the Sigrun East prospect in the North Sea.

Recoverable resources are estimated at between 7 and 17 million barrels of oil equivalent.

“Sigrun East is a win-win. Exploring near existing infrastructure we prove resources that can be profitably realized, while producing with low CO2 emissions,” said Nick Ashton, Equinor’s senior vice president for exploration in Norway and the UK.

The main well proved oil in three zones in moderate-quality sandstone in the Hugin formation.

The Sigrun East wells are follow-up wells to the Sigrun appraisal well (15/3-11) drilled in 2018. The aim was to prove extra resources and clarify the commercial basis.

Based on the positive exploration results efforts aimed at developing and producing the oil via the Gudrun field will be initiated, which could provide significant added value, the company noted.

The wells were drilled by the West Phoenix drilling rig to a vertical depth (TD) of 3810 meters and 4038 meters respectively in 109 meters of water. The rig will now move to PL889 in the Norwegian Sea to drill a new exploration well.