Worried that the current recycling capacity included on the EU list is not enough to meet the demands of the EU Ship Recycling Regulation, the European Community Shipowners’ Association (ECSA) is asking for more capacity to be added to the list of approved ship recycling facilities.

The additional capacity is crucial if owners are going to abide by the new regulation that prescribes that as of December 31, 2018, all ships flying the European flag are recycled in a facility included in the European list.

“When non EU facilities such as Indian facilities are found to be compliant with the requirements, they should be included in the EU list, as it will facilitate and encourage further positive developments taking place in South Asia and worldwide,” ECSA said.

“A lot has been written lately on whether or not the current list meets the capacity needs for the European flagged fleet to be recycled in a safe and environmentally sound way” said Martin Dorsman, Secretary General of ECSA.

”We were and still are worried that there is not enough capacity and certainly welcome the Commission’s current efforts to enlarge the list”, he added.

Based on the latest figures released by EC, 2012 was the busiest year in ship recycling over the last 10 years, having removed 1,998,000 light displacement tons (LDT) from the global fleet. This is much higher than the available capacity calculated that is now available. Namely, the current edition of the EU list of approved ship recycling facilities only features yards situated in Europe and has a capacity of around 300,000 LTD.

“The European shipowners wish is to ensure safe and sound recycling of their ships in economically viable way. In case the recycling yards in the European list will have capacity enough for our shipowners end-of life ships, they would welcome the news of course,” Dorsman added.

However, figures on capacity need to be put into perspective, as EU facilities and/or dry docks are not available in the market for ship owners to use only for recycling purposes of their sea-going vessels. European yards focus more on ship repair and off-shore works.

In addition, there aren’t enough adequate facilities to recycle the largest sea-going vessels, ECSA pointed out.

Only one yard can accommodate the biggest ocean going vessels, a yard that is also active in other activities such as ship repair.

“This means that the yard might not be available if an EU shipowner wants to contract the yard for the recycling of a large vessel. That leaves the shipowner with no other choice than to look for a ship recycling yard not yet on the EU list,” the association further noted.

A geographical aspect of trading should also be taken into consideration, as many vessels operated by EU shipowners, whether EU flagged or not, sail all over the world and never call at EU ports.

This makes it necessary that for those vessels recycling yards are globally available. Sailing a vessel that did not trade in Europe from e.g. Asia to Europe only for recycling is expensive and creates a competitive disadvantage for EU shipowners, the association stressed.

“The EU Commission should urgently provide the European shipping industry, operating on a global level, with a list which is geographically well-balanced,” ECSA added.

As explained, ratification of the Hong Kong Convention is key to improving the working and environmental conditions of the global ship recycling industry

“European shipowners, together with shipowners from all over the world, urgently ask governments that did not yet do so to ratify the Hong Kong convention,” ECSA concluded. 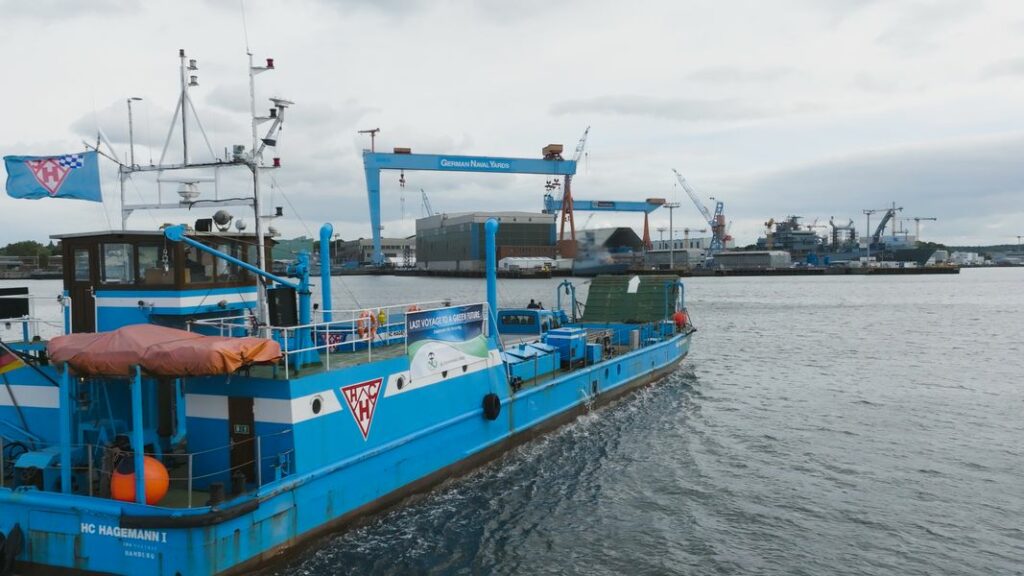 German Naval Yards: First ship to be sustainably recycled in Kiel
Posted: 14 days ago
ECSA, T&E: “Proposed EU shipping law could do more harm than good”
Posted: about 1 month ago
EU Parliament wants to include shipping emissions in the EU ETS
Posted: 7 days ago