The Executive Committee of EXMAR NV today gave its trading update for the third quarter of 2010. Key-figures are:

Midsize – EXMAR’s fleet continued to be supported by the accretive coverage portfolio during the third quarter. The coverage for the balance of this year is over 90% and 2011 is already covered for 55% at rewarding levels with first class counterparties.Spot market conditions remain stable.

VLGC – The spot market remains challenging despite some recovery of the Baltic Freight Index (AG – Japan). A further recovery is expected for the balance of the year although net revenues still remain below break-even levels required for modern tonnage. The overhang of surplus tonnage is steadily being reduced and prospects for 2011 seem increasingly favourable. EXMAR’s cover for the balance of the year is 100% and 2011 stands at 45%.

Pressurised – EXMAR and Wah Kwong took delivery of FATIMÉ (5,000 m³), the last of the series of ten newbuildings, on 30th September. All vessels are currently committed on Time-Charter trading both East and West of Suez at rewarding levels with leading producers and traders. Cover for 2011 already stands at 75%.

The LNG fleet contributed USD 9.9 million to the operating result (EBIT) of the third quarter (compared to USD 10.9 million for the same period in 2009), influenced by 21 offhire days.

LNGC EXCEL remains under short-term employment until early 2011 with possible extension. The ship continues to enjoy the cover of the revenue shortfall facility extended by a third-party.

The definitive agreements related to the transaction between EXMAR and Teekay LNG Partners communicated on 7 October were not finalized by today’s date by all relevant financiers. It is expected that these agreements will be finalised and executed shortly. As a consequence, the effect of such transaction (capital gain of approximately USD 50 million) is not included in the results presented herein but will be recorded during the fourth quarter.

The Offshore activities contributed USD -0.7 million to the operating result (EBIT) of the third quarter (USD -0.5 million for the third quarter in 2009). No depreciation charges on the OPTI-EX™ were recorded in the Income Statement since 1st July 2010.

Definitive agreements related to the sale of the production platform OPTI-EX™ to LLOG Deepwater were signed at the end of August. EXMAR and LLOG are in the process of obtaining regulatory approval from relevant authorities in order to deploy the platform on location in the U.S. Gulf by mid-2011. Such regulatory approval is a condition precedent to the sale of the platform.

Consecutive short-term employment contracts for the accommodation barge KISSAMA have been secured in Congo as from November 1st. These short-term contracts will ideally position the barge in West Africa to look for further opportunities in 2011. 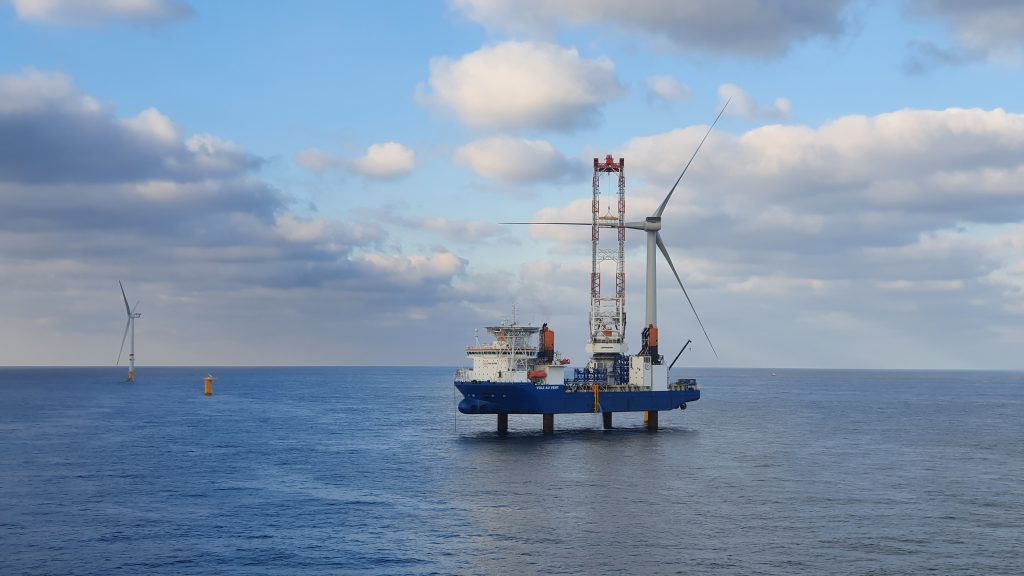