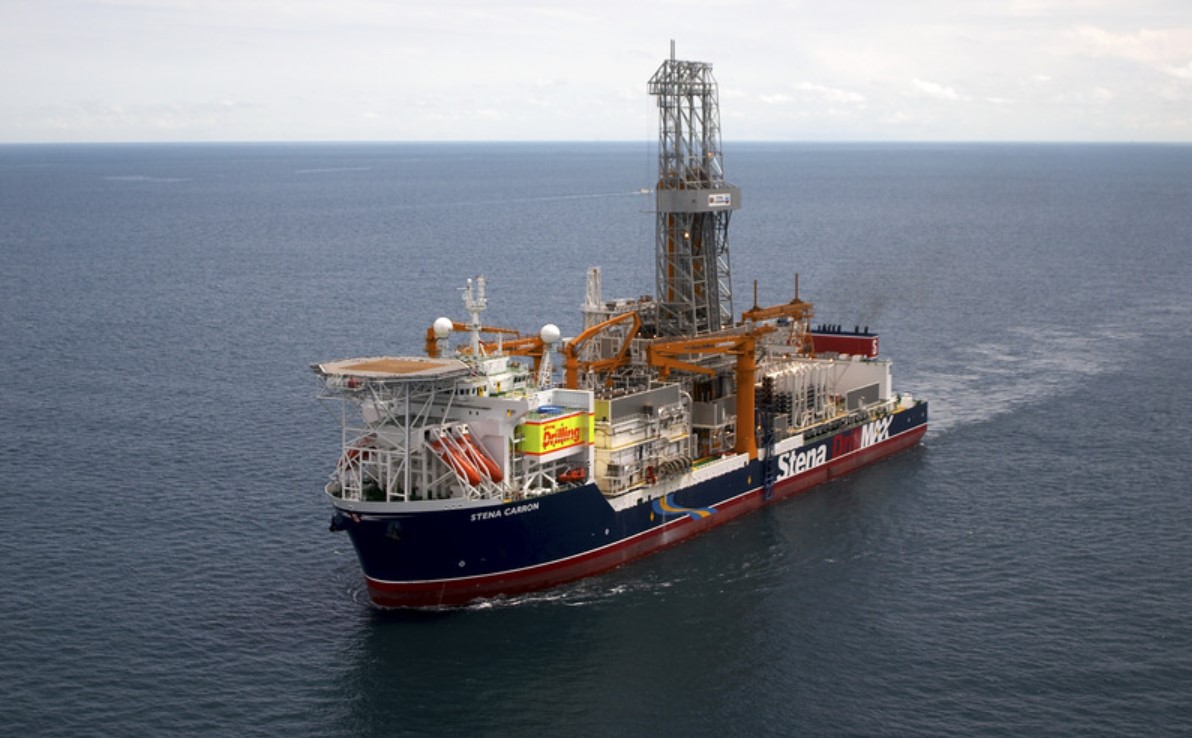 U.S. oil major ExxonMobil has made another oil discovery at the Tanager-1 well off Guyana but the discovery was deemed non-commercial.

The Tanager-1 well was drilled in the nearby Kaieteur Block, unlike ExxonMobil’s previous Guyana wells which were drilled in the Stabroek offshore block which so far unearthed more than 8 billion barrels of oil.

Westmount Energy, which owns a share in the Kaieteur Block through its stake in ExxonMobil’s partner Ratio, said on Monday that an oil discovery was made in the Tanager-1 well and that it was considered to be non-commercial as a stand-alone development.

This exploration well is the deepest well drilled in the Guyana-Suriname Basin to date. It was spudded on the 11 August 2020 using the Stena Carron drillship and reached a total depth of 7,633 metres in recent days.

According to the company, evaluation of LWD, wireline logging, and sampling data confirm 16 metres of net oil pay in high-quality sandstone reservoirs of Maastrichtian age. Preliminary evaluation of the fluid samples from the Maastrichtian reservoir indicates heavier oil than is reported from the Liza Phase I producing field crude assays and these samples will be the subject of further detailed laboratory analysis over the coming months.

Although high-quality reservoirs were also encountered at the deeper Santonian and Turonian intervals, interpretation of the reservoir fluids is reported to be equivocal at this stage and requires further analysis. It is anticipated that the well will now be plugged and abandoned in the coming days.

The Tanager-1 results confirm the continuance of a Cretaceous petroleum system and the Liza play fairway onto the Kaieteur Block, down-dip from the prolific discoveries on the neighbouring ExxonMobil operated Stabroek Block.

It is anticipated that the Kaieteur Block partners will now conduct a detailed evaluation of the data collected at Tanager-1 to understand the well result, re-calibrating the seismic model for this part of the basin and high grading the next potential drilling targets on the Kaieteur Block.

A substantial prospect inventory has already been mapped across the 5,750 km2 3D seismic survey, which was acquired in the southern part of the Kaieteur Block in 2017.

The Kaieteur Block is currently operated by ExxonMobil subsidiary, Esso Production & Exploration Guyana Limited with a 35 per cent stake. Partners in the block area Cataleya Energy and Ratio which have 25 per cent each while Hess holds the remaining 15 per cent.

Gerard Walsh, executive chairman of Westmount, said: “The outcome of the Tanager-1 exploration well has proved to be a mixed bag – confirming the extension of the Liza play fairway onto the Kaieteur Block but apparently coming up short at the deeper stratigraphic levels.

“As Tanager is a stacked pay prospect, success at a number of stratigraphic levels is required to achieve stand-alone commercial discovery volume thresholds. However, these deeper results must be viewed in the context of the very limited number of penetrations of these deeper plays to date – indicating that exploration of these deeper plays, offshore Guyana, is at an early part of the learning curve.

“Furthermore, Westmount shareholders can look forwards to the near-term drilling of the next prospects in the portfolio which are independent of the outcome of the Tanager-1 well – including the Bulletwood-1 well, on the Canje Block, which we anticipate will be spudded in late December 2020 or early 2021. Bulletwood-1 will target a circa 500 MMbbl ‘Liza look-alike’ confined channel complex of Maastrichtian-Campanian age.

“The Kaieteur and Canje blocks are adjacent to the Stabroek Block which has delivered eighteen substantial oil discoveries since 2015, with reported discovered recoverable resources of circa 9 billion oil-equivalent barrels to date“.