Fairstar to Transport Drilling Rig from Nigeria to USA

Fairstar Heavy Transport N.V. (FAIR) has been awarded a contract by Oando Energy Services, the leading indigenous, energy and energy services company in Nigeria to transport the drilling rig RESPECT from Lagos, Nigeria to Galveston, Texas. The contract value is USD 3.05 million.

Chris Muilwijk, Sales Team Leader for Fairstar’s Client Services Group, states “Oando Energy Services is a new client for Fairstar. The contract tender was managed by American Shipping and Chartering through their Houston and Lagos offices. Our semi-submersible vessel FJORD was the only vessel capable of loading in Lagos and discharging in Galveston. The shallow-draft of the FJORD is a powerful competitive advantage. Converted oil tankers have severe limits on their ability to submerge in many shallow water ports. We expect to load the RESPECT on to the FJORD in the second half of November.”

Philip Adkins, Fairstar’s CEO added “Fairstar has won three critical contracts in the spot market in the last month. FJORD and FJELL will achieve the financial results in Q4 2011 that we required to maintain liquidity and financial strength in the face of a historically weak market. There is no sign in the current market that time charter rates will pick up. Spot market economics are at or below break even for everyone in the marine heavy transport industry.

FJORD and FJELL are now fully booked for at least the next two years. FJELL is expected to depart Gabon with the Hercules and Nabors rigs later this week and will then sail to Alaska once they have been discharged in Pascagoula, Mississippi.

The FJORD will return to Africa after discharging the RESPECT and load the FPSO components in Angola, for the DSME CLOV Project. Once FJORD has arrived in Korea to complete the DSME contract, it will ready itself for Gorgon. 2011 has been a challenging year for our company. Our Team has never lost their determination to compete, acquire new clients and maintain our leadership in Marine Heavy Transport.

We are looking forward to 2012 and the beginning of the “Red Box” era of high value, multi voyage, long term contracts for Fairstar.” 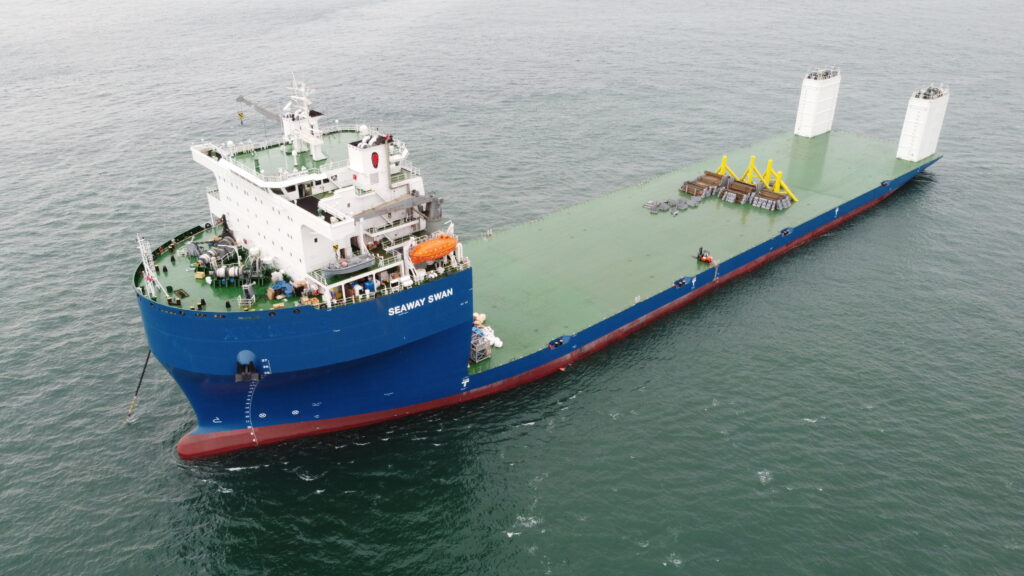