Advertisement
Back to overview
Home Green marine Fire Breaks Out on Board Hapag-Lloyd’s Boxship, Crew Safe

Fire Breaks Out on Board Hapag-Lloyd’s Boxship, Crew Safe

A fire broke out in one container on the deck of the German-flagged containership Yantian Express on Thursday, January 3, and spread to additional containers, Hapag-Lloyd, the owner of the vessel informed.

“The crew of 8 officers and 15 seafarers is unharmed. Efforts to extinguish the fire in the containers were launched immediately but have had to be suspended for the time being due to a significant deterioration of weather conditions,” the German liner company said.

The 7,510 TEU vessel, is deployed in the company’s East Coast Loop 5 (EC5) service, and was on its way from Colombo to Halifax via the Suez Canal when the incident occurred. At present, the 2002-built ship is approximately 650 nautical miles off the coast of Canada.

“It is still too early to make a precise estimate of any damage to the vessel or its cargo. Hapag-Lloyd is closely cooperating with all relevant authorities,” the company said. 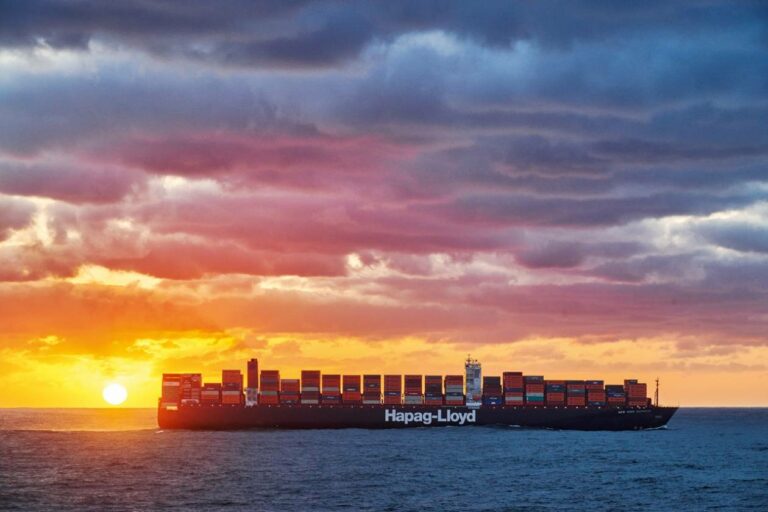 Hapag-Lloyd, Forto partner up on biofuel offering
Posted: 7 days ago
Hapag-Lloyd to use advanced biofuels for transport of DHL shipments
Posted: about 1 month ago
Hapag-Lloyd: Sustainability journey picking up pace
Posted: 3 months ago