Romanian oil company OMV Petrom has completed the removal of the Gloria platform from its production location in the Black Sea offshore Romania.

OMV Petrom said it would decommission the Gloria offshore platform in the Black Sea back in May 2019 after the platform had reached the end of its economic lifetime limit following more than 40 years in service.

In an update on Tuesday, November 19, OMV Petrom said that the Gloria platform was transported to Agigea harbor in Constanţa and that this was the first removal of an offshore production platform in Romania.

The platform was used in oil and gas production operations in the Sinoe field in the shallow waters of the Black Sea.

This marks the end of a 40-year-long history as a drilling and production platform in the Romanian Black Sea and the first decommissioning operation in Romania.

“We will continue to operate the other six offshore production platforms, which provide over 16% of the Group’s production,” said Peter Zeilinger, member of OMV Petrom Executive Board responsible for Upstream.

The production from the Sinoe field is currently suspended, and the wells remaining on the wellhead platform are preserved in safe conditions.

OMV Petrom contracted GSP Offshore, a Romanian company, for the removal services. The solution consisted of reinstating the platform jacking system, positioning the Gloria platform on a cargo barge (GSP Big Foot2), and transporting it to the shore. OMV previously said that GSP would be paid 5 million euros for the removal work.

Between 1976 and 1986, Gloria operated as a drilling rig, drilling 17 wells with a total accumulated length of approx. 50,000 meters. Between 1987-1998, Gloria was used as a production platform for the first developed Romanian offshore field – Lebada East.

Since 1998, the Gloria platform has been located in the Sinoe field, approximately 30 km from the shore, in a water depth of around 40 meters, and was used as a production platform. Its accumulated production over the last 20 years is equivalent to over 20 million car refuels and the energy for heating 170,000 homes. 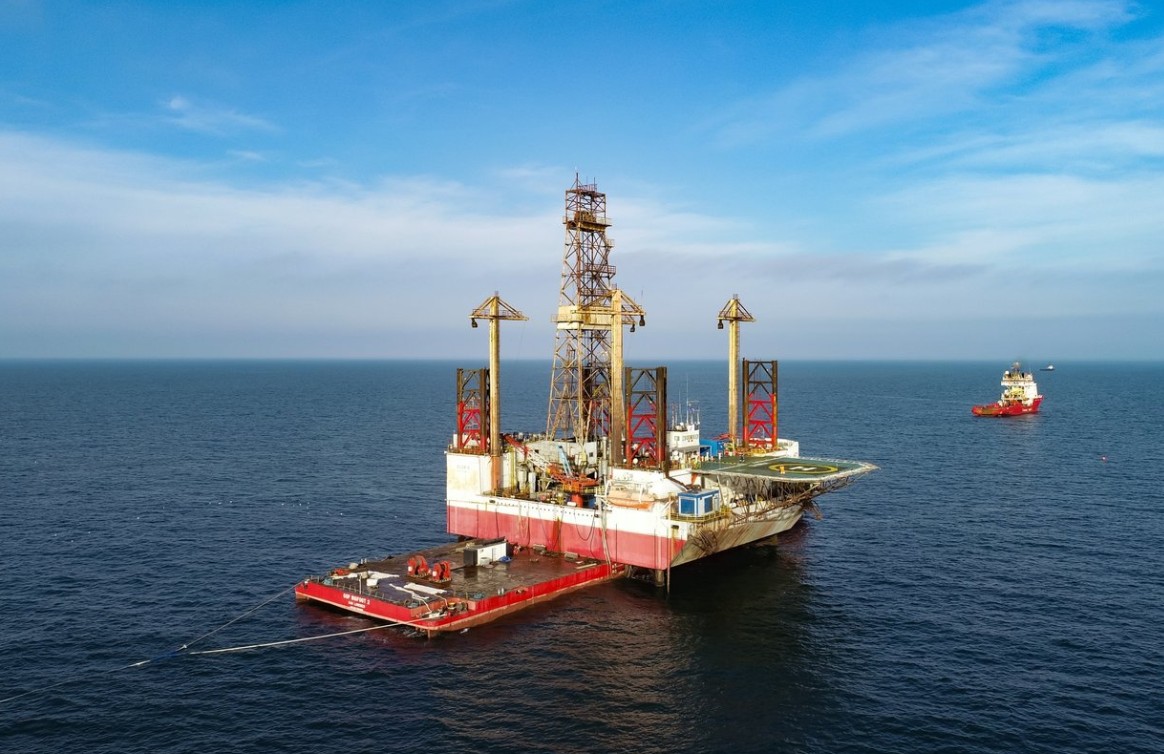