The United States Federal Maritime Commission (FMC) has voted to allow the establishment of the Port of Seattle/Port of Tacoma Alliance Agreement to become effective on July 23, 2015.

Under the approval, the two ports have been cleared to meet, discuss, and reach agreement on the management, use and operation of their marine cargo business, including joint business planning and marketing to further develop infrastructure and improve productivity.

To help achieve its goals, the agreement authorizes establishment of a Port Development Authority (PDA), effective August 1, 2015, to promote and assist economic development of the Alliance’s marine cargo operations.

The alliance plans to focus on upgrading its terminal facilities and rail connections to further its competitive position.

FMC Chairman Mario Cordero commented, “I would like to express my support for the Northwest Seaport Alliance which brings together neighboring ports to coordinate their import and export functions that provide a foundation for our Nation’s foreign oceanborne trade.

This Alliance would become the third-largest trade gateway in North America, behind the Ports of Los Angeles and Long Beach and the Port of New York/New Jersey. The Pacific Northwest is a key region for inbound and outbound United States cargo, moving cargo not only for the regional trade, but also cargo headed to destinations throughout the entire U.S. Midwest, and this Alliance will help the region remain competitive into the future.” 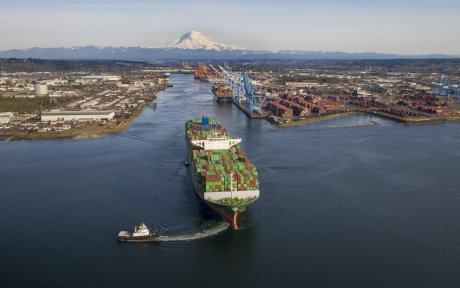