Oil major Shell is making several board changes with the appointment of a former BHP CEO as its new chair of the board as well as the addition of a new non-executive director.

If these changes are approved by shareholders, Shell’s board will, for the first time, consist equally of men and women.

The board of directors Shell on Thursday announced the appointment of Sir Andrew Mackenzie as the new company Chair with effect from the conclusion of Shell’s 2021 Annual General Meeting, scheduled for 18 May 2021.

Mackenzie will succeed Chad Holliday who will step down on 18 May having served as Chair for six years and as a board director since September 2010.

Andrew Mackenzie, a British national, joined Shell’s board in October 2020, after a career in the energy, petrochemicals and resources sector, latterly as Group CEO of BHP from 2013 to 2019.

From 2004 to 2007, at Rio Tinto, he was Head of Industrial Minerals and Diamonds. Prior to this, over a 22-year career at BP, he held senior leadership roles in exploration, research and development, and chemicals.

His contributions to geochemistry and earth science led to his appointment as a Fellow of the Royal Society in 2014, and he received a knighthood in 2020 for his services to business, science and technology.

“Andrew brings to Shell his experience of leadership, his global outlook, and a deep understanding of the energy business and climate action”, Shell said.

The search for the new Chair was led by Euleen Goh, Deputy Chair and Senior Independent Director.

According to Shell, the process included engagement with some of its larger investors, seeking input on the skills, attributes and sector knowledge that they considered important for the role.

In addition to the proven experience of leading a large, complex international organisation, the requirement was for someone with significant experience in the capital discipline and with the ability to balance and judge the timing, of the transformational changes that Shell needs to make.

Chad Holliday said: “I am delighted to welcome Andrew as my successor. I have nothing but confidence in Shell’s bright future – the challenges of the past year only strengthened my conviction in the company as I watched colleagues across the business find strength to sustain vital energy supplies in the most exceptional circumstances.

“Andrew brings a wealth of leadership and sustainability experience, scientific curiosity and commercial acumen that ideally equip him to help Shell navigate the energy transition and deliver on the far-reaching Powering Progress strategy”.

Mackenzie said: “It is a privilege to be appointed Chair of this great Company, particularly at such a pivotal time for the industry and wider society”.

He added: “I have been delighted already to have played a part in the shaping of the compelling strategy that Shell has recently unveiled. I believe Shell has an exceptional portfolio of future-facing assets and I look forward to working with Ben van Beurden and the board to profitably accelerate Shell’s transition into a net-zero emissions energy business that continues to generate substantial value for shareholders, customers and communities alike”.

Ben van Beurden, Chief Executive Officer (CEO) of Shell, said: “I am looking forward to working with Andrew. We are emerging from the COVID-19 pandemic with a clear and distinct strategy that I believe will enable us to seize the opportunities presented by the energy transition. I cannot think of anyone better than Andrew to take this role”.

The company also announced that Sir Nigel Sheinwald, Non-executive Director, Chair of the Safety, Environment and Sustainability Committee and member of the Nomination and Succession Committee, will not stand for re-election at the 2021 AGM, having served as a director for nine years.

Shell also announced its intention to propose to the 2021 Annual General Meeting that Jane Lute be appointed a Non-executive Director of the company with effect from 19 May 2021.

If the proposed changes are approved by shareholders at the Annual General Meeting, Shell board will, for the first time, consist equally of men and women.

Catherine Hughes, a Non-executive Director, has been appointed as Chair of the Safety Environment and Sustainability Committee with effect from 19 May 2021. She succeeds Sir Nigel Sheinwald in this role.

Dick Boer, a Non-executive Director, has been appointed as a member of the Nomination and Succession Committee with effect from 19 May 2021. 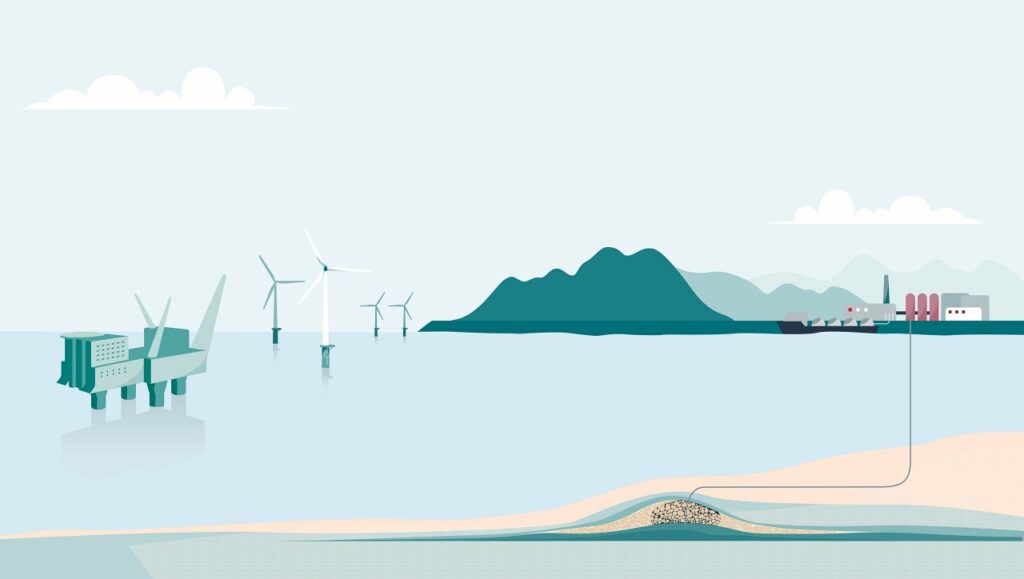