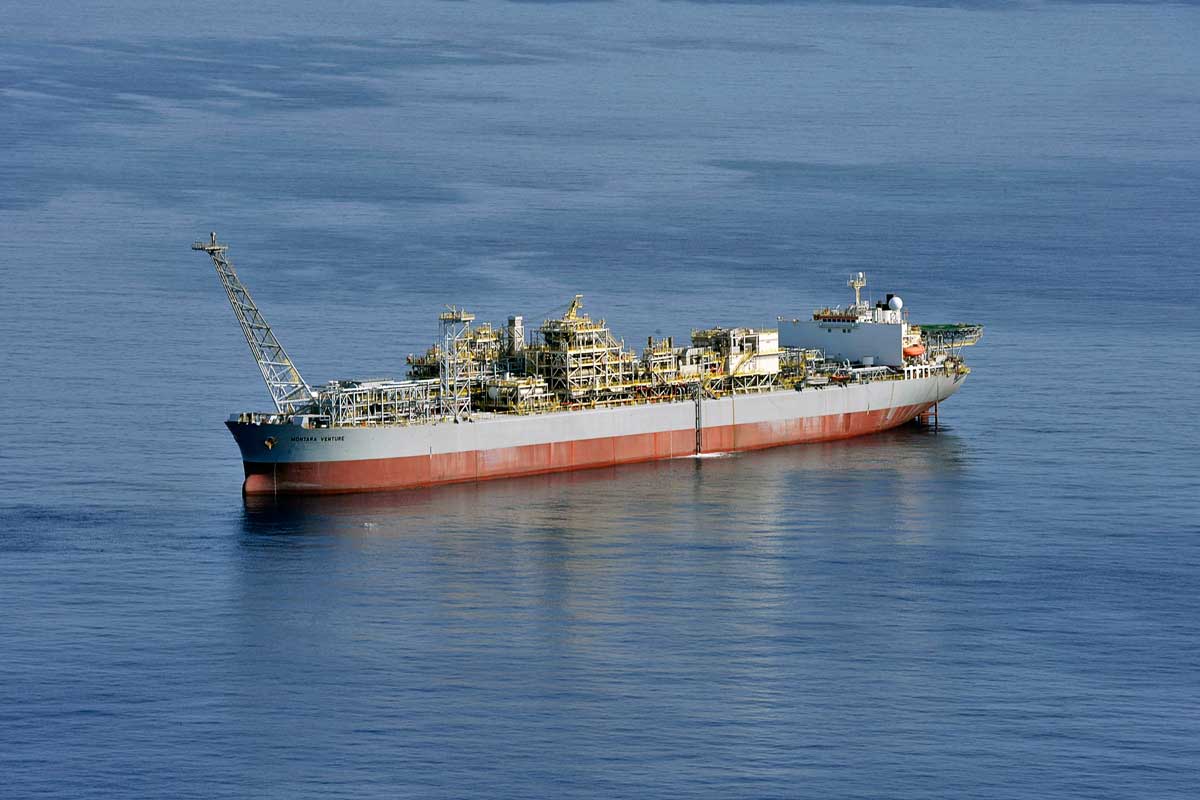 While progress has been made in implementing a remediation plan for a floating, production, storage and offloading (FPSO) vessel operating on a field in the Timor Sea offshore Australia, the Singapore-headquartered Jadestone Energy is still unsure about the date for production restart at this field.

Following a small leak of oil in July 2022 from a crude oil tank on the FPSO Montara Venture at the Montara field off Australia, Jadestone carried out an interim repair of the leak point in the 2C tank and restarted production from the field while a permanent repair was being advanced with work expected to start in the following days.

However, during preparations for the permanent repair of the 2C tank, an additional internal defect in the water ballast 4S tank was detected, as disclosed by Jadestone in August 2022. As a result, the firm decided to temporarily shut-in production from Montara and reorganise offshore manpower on the FPSO, enabling focus on maintenance and inspection crews.

Jadestone explained that the inspection and repair activities would result in production being shut in during the remainder of August and potentially through September 2022 while prioritising these activities was expected to result in incremental costs of $2-4 million.

In an update on Monday, Jadestone Energy confirmed that it has been progressing a remediation plan for the FPSO’s hull and tanks and regularly updating the National Offshore Petroleum Safety and Environmental Management Authority (NOPSEMA) on these activities. According to the firm, this remediation plan aims to deliver operational readiness to ensure “a safe and reliable restart of the FPSO.”

Paul Blakeley, President and CEO of Jadestone, commented: “We have shut-in production at Montara to focus exclusively on a remediation plan, and have accelerated the inspection and repair activity through prioritising additional maintenance crew offshore. In addition, plans to increase longer-term accommodation space on the FPSO are underway. This will deliver a high level of confidence to all stakeholders in the structural integrity of the Montara FPSO, and allow for a safe and reliable restart of production.”

After NOPSEMA issued a general direction on 12 September 2022, Jadestone is required to engage an independent reviewer to undertake a gap recognition review, and assure its remediation plans and operational readiness prior to the restart of production operations. The company underlined that the independent reviewer’s report will be considered by NOPSEMA prior to the restart of production through the FPSO.

“Going forward, we will be reviewing the way we approach inspection and repair on the FPSO’s hull and tanks, with a firm intention to prevent similar occurrences of unplanned downtime in the future,” Blakeley added.

Moreover, Jadestone intends to provide a further update on its Montara FPSO remediation plans within its half-year 2022 results scheduled for 20 September 2022, as the company is “not in a position to provide guidance on a possible Montara production restart date” at this stage. Due to this, the Singapore-based player expects that 2022 production could average approximately 13,000 boe/d if production is restored in line with previous guidance, or closer to an average of around 11,000 boe/d if the restart is towards the end of 2022.

“We have made significant progress in restoring the FPSO to the standard which we expect while improving its reliability. We are looking forward to safely delivering the remediation plan, resuming production and restoring confidence in Montara, further adding to the considerable value we have already delivered from the asset since acquisition,” concluded Blakeley.