Gazprom and Petrovietnam State Oil and Gas Corporation held the fourth meeting of the Joint Coordinating Committee (JCC) aimed at implementing the Strategic Partnership Agreement between the companies.

The meeting was moderated by the JCC Co-Chairmen: Vitaly Markelov, Deputy Chairman of the Gazprom Management Committee and Nguyen Vu Truong Son, Vice President of Petrovietnam.

The meeting participants summed up the interim results and approved the action plan until the end of 2012. The parties appreciated the progress with the geological exploration being carried out by the Vietgazprom joint operating company in blocks No.112 and No.129–132 offshore Vietnam as well as addressed a wide range of issues regarding, inter alia, the sci-tech cooperation, implementation of the agreement on personnel training and possible deliveries of Russian liquefied natural gas to Vietnam. Based on the meeting results, Vitaly Markelov and Nguyen Vu Truong Son also emphasized the cooperation development prospects as part of the projects of Gazprom International and Gazprom Neft .

Besides, the Gazprom delegation and Petrovietnam representatives took part in the festive event dedicated to the 10th anniversary of the Vietgazprom joint operating company.

On September 11, 2000 Gazprom and Petrovietnam signed a contract that contemplated searching for, exploring, producing and marketing hydrocarbons in block No.112 of Vietnam’s continental shelf. To implement this contract Gazprom and Petrovietnam established a joint operating company, Vietgazprom. As a result of the geological exploration performed in 2007, the Bao Vang gas and condensate field was discovered in the block. In 2009 natural gas reserves were also discovered in the adjacent Bao Den area.

In May 2008 Gazprom and Petrovietnam inked the Agreement for Further Cooperation. The Agreement stipulates geological exploration and further development of four new blocks offshore Vietnam as well as incorporation of the Gazpromviet joint venture to run its business in Russia and third countries with the following shareholding structure: Gazprom – 51 per cent and Petrovietnam – 49 per cent.

In October 2008 Gazprom and Petrovietnam signed a 30-year Oil and Gas Contract for blocks No.129, 130, 131, 132 on the continental shelf of the Republic of Vietnam. The document stipulates hydrocarbons exploration, development and production in these blocks. The Contract will be implemented on the PSA terms. Vietgazprom will act as the project operator. At the geological exploration phase, the project financing is carried out by Gazprom. As part of the Contract, 2D seismic exploration and geochemical research operations were performed. The obtained data is under processing and interpretation.

On December 15, 2009 Gazprom and Petrovietnam entered into the Agreement on Strategic Partnership. In line with the document, the parties will continue their joint operations in the Vietnamese offshore blocks as contemplated by previously signed oil and gas contracts. They will also study future prospects for cooperation between the companies in vacant Vietnamese licensed blocks.

The Agreement also contemplates active partnership between Gazprom and Petrovietnam on oil and gas projects in Russia, Vietnam and in third countries within Gazpromviet being currently set up. The Nagumanovskoye oil, gas and condensate field located in the Orenburg Region was defined as the major object of the companies’ cooperation in Russia. The joint venture may be involved in operations at other licensed blocks in the long run. Gazprom is represented in Gazpromviet by Gazprom International as well.

In April 2012 Gazprom and Petrovietnam signed the Agreement on Gazprom involvement in joint development projects for licensed blocks 05.2 and 05.3 offshore Vietnam. 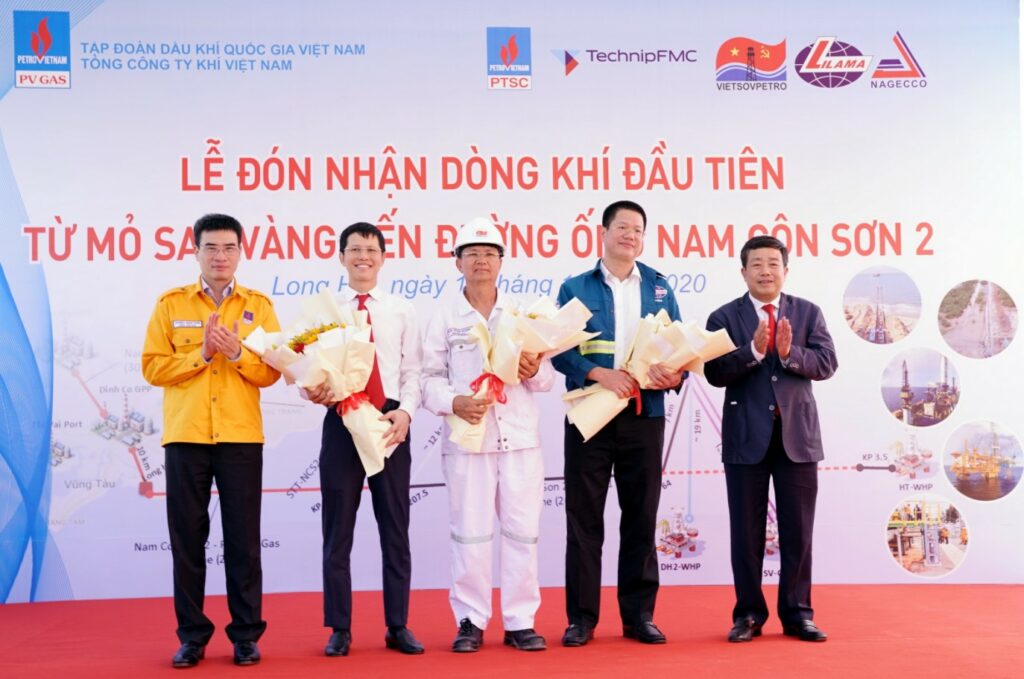