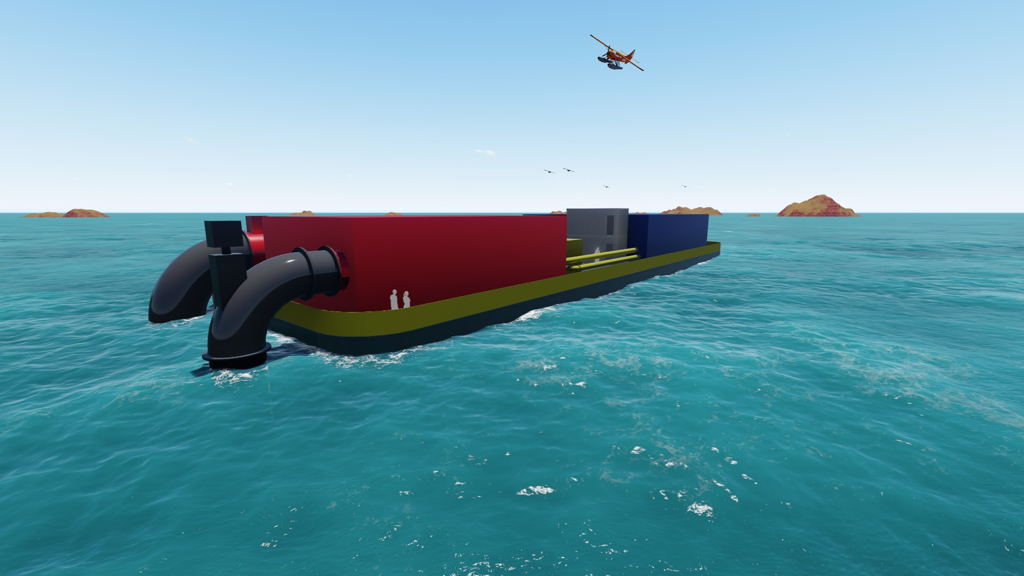 Global OTEC Resources‘ concept presents a device capable of delivering 1MW of clean electricity to its customers across the tropics which is enough to fully power most small to mid-sized resorts or islands, the company said.

The concept presented shows OTEC plant housed on a floating barge which incorporates a deep cold-water pipe into its hull through a ‘weathervaning’ turret mooring system.

The turret and mooring system for Global OTEC Resources’ device is designed primarily to allow the unit to align itself with incident weather conditions in order to withstand large wave heights and wind speeds, which is critical for many locations across the tropics, according to the developer.

Dan Grech, Managing Director of Global OTEC Resources, said: “Many meetings with both private and public sector representatives in our target markets have indicated that currently, renewables aren’t presenting a viable proposition for islands to cut their dependence on fossil fuels.

“Thousands of islands lack the space for large solar and battery installations to provide their basic daily electricity loads and feel ‘stuck’ with diesel generators despite the threat climate change presents to their livelihoods.

“Our next stage is to advance the detail of this design to be ready for fabrication. Our first ocean thermal energy systems will come online in less than two years.”

Global OTEC Resource decided to focus its design on the needs of Small Island Developing States (SIDS) after learning that many small islands consume over 10,000 liters of diesel a day. This generates a significant carbon footprint in locations that many would consider ‘idyllic’ locations for dream holidays, the company noted.

The company has spent the last year developing the company’s innovative concept for using OTEC especially for ‘off-grid’ resorts and local islands in the Maldives and Caribbean.

Tamara Ebanks, Acting Chief Officer of the Ministry of Commerce, Planning and Infrastructure at the Cayman Islands Government, said: “We believe Global OTEC Resources works are aligned with our goals of becoming a sustainable community and simultaneously achieving the United Nations Sustainable Development Goals of Affordable and Clean Energy and the Paris Agreement Targets.”

The grant enabled Global OTEC Resources to open a R&D facility in Cornwall, which will house a team of four working to develop the company’s innovative concept for using OTEC especially for ‘offgrid’ resorts in the Maldives and Caribbean.