Eni Norge’s Goliat FPSO has arrived in Hammerfest, Norway, today from South Korea after a 63-day voyage covering 15,608 nautical miles. It will now undergo final preparations for the first oil production from the Barents Sea. When the field comes on stream later this summer, Goliat will become the world’s northernmost producing offshore oil field.

The platform has been transported using the Dockwise Vanguard – the world’s largest heavy transport vessel. The voyage has been made across the Indian Ocean, around the southern tip of Africa and then north through the Atlantic west of the British Isles.

The platform is a cylindrical so-called floating, production, storage and offloading (FPSO) facility. In the fjord outside Hammerfest, the deck of the transport vessel will be submerged to a depth of ten metres, enabling the platform to be floated off into the sea. The facility will then float in its own right and five tugboats will take over the work of moving the 170-metre high structure to Ersvika, south-west of Hammerfest.
Once at Ersvika, work to complete final preparations for production will begin. This will include inspections, tests and checks of all systems and equipment. Work on the platform will be a round-the-clock operation. A total of eleven vessels will take part in the in-fjord work phase, which is expected to take between two and three weeks.

On location in May

Following final preparations at Ersvika, the platform will be towed approximately 80 kilometres to the Goliat field location, where it will first be connected to its 14 anchor lines. The umbilicals and risers will be installed and the platform will then be connected to the electrical power cable from the mainland. Finally, the platform and subsea systems will be made ready for production. Goliat is planned to come on stream in mid-2015. Once in production, the Goliat platform will be manned by about 40 people. The field will be operated from Hammerfest, where Eni Norge has established a 60-strong operations organisation. 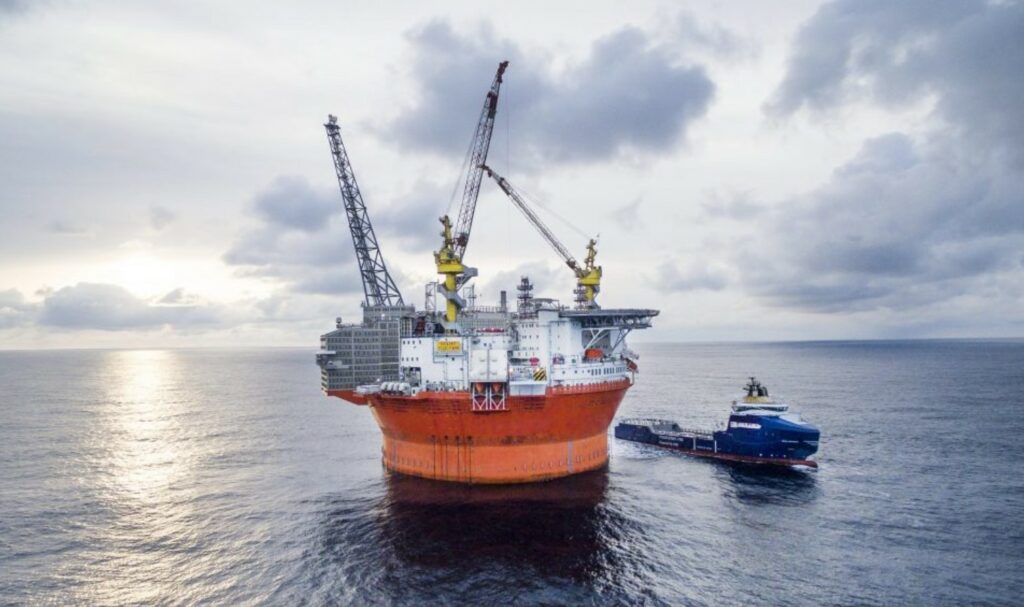