Governments around the globe spur creation of green corridors

As part of the Green Shipping Challenge, governments around the world are creating green shipping corridors that will help put the shipping sector on a pathway to align with the 1.5-degree goal this decade.

Green shipping corridors are specific maritime routes decarbonised from end to end, including both land-side infrastructure and vessels.

Setting up such routes involves using zero-emission fuel or energy, putting in place refuelling or recharging infrastructure at ports, and deploying zero-emission capable vessels to demonstrate cleaner, more environmentally-friendly shipping on a given route.

The UK made a major pledge alongside the US, Norway, and the Netherlands to roll out green maritime links between the countries at this year’s COP27 conference in Sharm el Sheikh, Egypt.

The international maritime sector is currently responsible for almost 3% of global emissions. Committing to rolling out green shipping corridors is expected to help the sector to comply with the Paris Agreement goal of limiting global temperature rise to 1.5°C by the end of the century, according to the UK Government.

Specifically, the UK and the US have agreed to launch a special Green Shipping Corridor Task Force focussed on bringing together experts in the sector, encouraging vital research and development, and driving other important work and projects to see these initiatives come to life as quickly as possible.

“The challenges posed by climate change are clear and the need to decarbonise maritime has never been greater. That’s why we’ve committed to work alongside global partners to clean up the sector, improve air quality in and around our ports and coastal communities, and drive green investment into our economy,” UK Transport Secretary Mark Harper said.

This follows the success of the UK-led Clydebank Declaration at COP26, the global initiative to provide a framework for governments to establish zero-emission shipping routes between ports.

Green shipping corridors are coming forth as the central link that is expected to facilitate the shipping industry’s transition to alternative fuels and full-scale decarbonization. Several green corridors are already in the making linking ports within Europe, those connecting Europe with Asia and America, or Australia with Asia.

A total of 24 global governments have so far signed a declaration to establish “green shipping corridors” between two or more ports. The collective aim is to support the establishment of at least 6 green corridors by the middle of this decade, and many more after 2030.

“Green shipping corridors have the potential to catalyse decarbonisation in the maritime sector by focusing on specific maritime routes… They help to identify and action the solutions needed for a given corridor by aligning vessels with infrastructure…,” Ben Murray, CEO of Maritime UK, said.

The Government of Canada has committed to taking concrete action to meet its climate goals and ensure that Canadians have an efficient and environmentally friendly shipping system.

During COP 27, government officials announced the creation of a Canadian Green Shipping Corridors Framework and that Canada is joining the Zero-Emission Shipping Mission during COP27.

“Through the Framework and by joining the Mission, Canada is building on the commitment made when signing on to the Clydebank Declaration during COP26, signaling its plan to support the establishment of green shipping corridors (zero-emission maritime routes between two or more ports),” the officials noted.

Reducing emissions by 2030 and reaching net-zero emissions by 2050 in the marine sector is a process that requires a variety of solutions, technologies or approaches depending on the type of vessel and where it operates. This framework is aligned with other Government of Canada priorities, including earlier announced Oceans Protection Plan and Marine Conservation Targets.

As efforts on green shipping corridors continue, Canada and the United States also announced their joint work to facilitate the establishment of a Green Shipping Corridors Network in the Great Lakes – St. Lawrence Seaway System. Through this initiative, Canada and the United States will work with industry to help facilitate the establishment of green corridors throughout the region.

Ports as a critical piece of the green corridor infrastructure puzzle

As part of this launch, the U.S. State Department invited the NWSA to partner on a feasibility study of a potential green corridor between Seattle-Tacoma and Busan, South Korea.

Over the next year, this study will include experts from three U.S. national labs, the Maersk McKinney Moller Center for Zero Carbon Shipping, and staff from the two cargo gateways exploring the creation this green corridor, including potential sources of alternative ship fuels, and existing and potential future fueling infrastructure.

Earlier on, the U.S. West Coast ports, Port of Long Beach and Port of Los Angeles, have informed about their plans to establish a green and digital shipping corridor between Singapore and the San Pedro Bay port complex with the Maritime and Port Authority of Singapore (MPA). 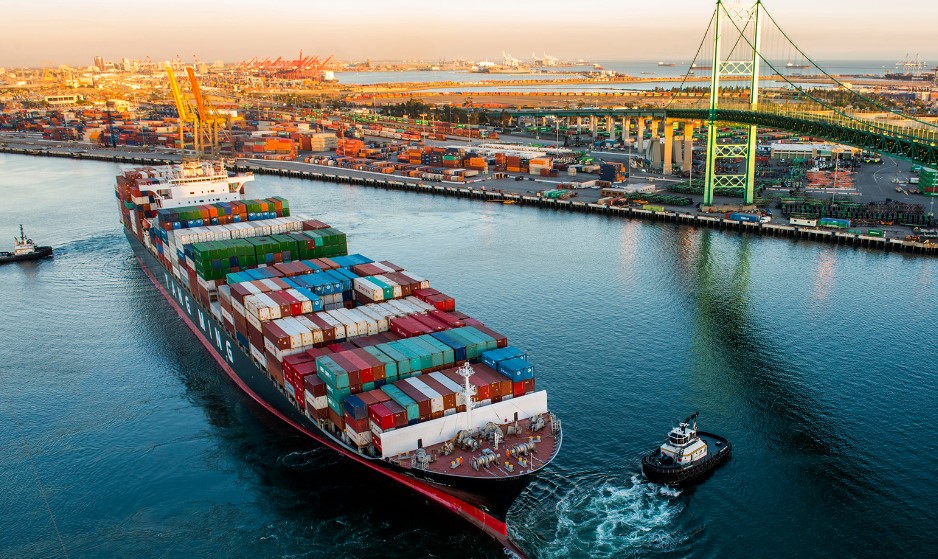