The project, commonly known as Fire Island Inlet to Moriches Inlet (FIMI), will be undertaken in conjunction with the Army Corps and Suffolk County and is set to start in September.

“Strengthening our shore lines is one of the best things we can do to protect low-lying areas that are vulnerable to storm surges like we saw in Superstorm Sandy,” Governor Cuomo said. “Thanks to the State’s long-standing relationship with the Army Corps and the leadership of Suffolk County, this extensive coastal project is now in full motion and on track to begin next month. This builds on our continued mitigation efforts, like raising thousands of homes and reinforcing the grid, so that New York’s families and businesses will be prepared for whatever the future presents.”

“This is a significant, much-needed project that will help protect the south shore of Long Island from future storms and sea level rise in an environmentally sensitive manner,” said DEC Commissioner Joe Martens. “We appreciate the vision and hard work of Governor Cuomo, as well as our federal and local partners to develop, plan, and now implement the project. We will assist the Army Corps in every way possible to complete this project as quickly as possible.”

DEC, the Army Corps and Suffolk County have signed legal agreements for this project, which will include the construction of dunes and beaches in the 19-mile stretch between Fire Island Inlet and Moriches Inlet. Suffolk County will employ the State funding announced today to acquire 41 at-risk privately-owned parcels and obtain more than 400 permanent easements on Fire Island to facilitate the placement of protective dunes. The State funding announced today will ultimately be reimbursed by the federal government under the Disaster Relief Appropriation Act of 2013.

Work on the first phase of the FIMI project will begin this fall at Smith Point County Park. The Army Corps plans to award the construction contract for the work in September, with procurement efforts already underway. A second construction contract will be awarded later this year for work in Robert Moses State Park and the Fire Island Lighthouse tract.

The third phase, which includes 17 Fire Island communities, will begin after the necessary real estate access has been obtained. The FIMI project completion is targeted for late 2016. 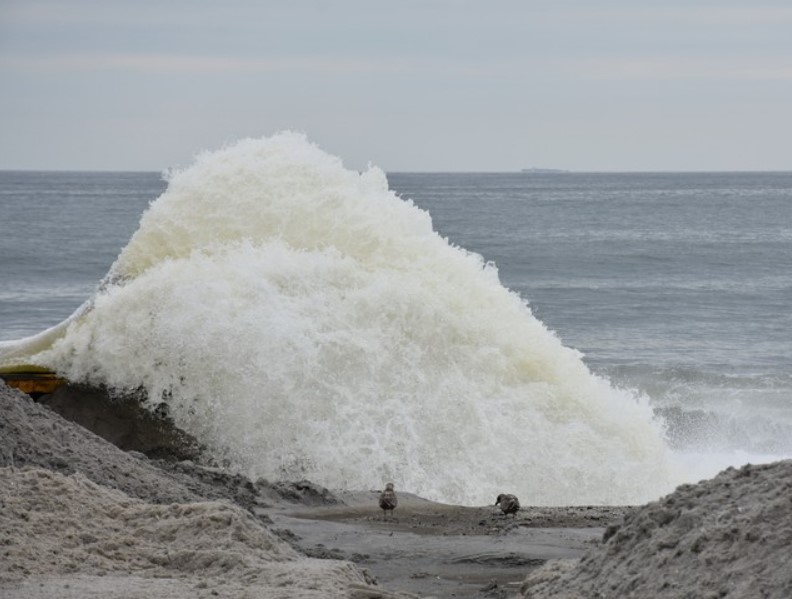