Hapag Lloyd’s containership Yantian Express, which suffered a fire last month while en route to Halifax, Canada, has arrived in the Bahamas.

“Various parties will now be involved with evaluating the condition of the vessel and coming up with the next steps for discharging the cargo,” according to the spokesperson.

“To ensure that the cargo discharge is as safe as possible, and has no impact on the environment, the evaluation process and preparation of the pier might take several days and even up to a week or more.”

Once the evaluation is finalized, the company said it will be able to determine next steps both for cargo deemed to be damaged or undamaged.

On January 3, Germany-flagged Yantian Express was sailing from Colombo to Halifax when the fire broke out in one of the containers on the ship’s deck, spreading to additional containers. The incident occurred approximately 650 nautical miles from the Canadian coast.

Efforts were made to extinguish the fire, however, they were suspended due to inclement weather conditions. On January 6, the ship’s crew was evacuated after the fire increased in intensity.

German shipping company said in its update at the end of January that the fire was widely contained. The company also declared General Average on the vessel under which all parties with a financial interest in the voyage would proportionally share the losses resulting from an incident. 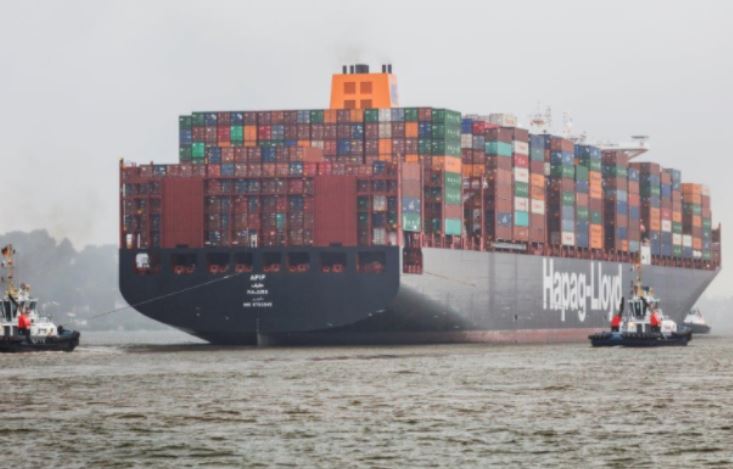