Norwegian HAV Group ASA has received preliminary approval for a hydrogen-based energy system for ships developed within the FreeCO2ast project, making a step forward in the commercial use of hydrogen fuel by a commercial vessel.

The Norwegian Maritime Authority has issued a statement of preliminary assessment for the technology developed by HAV Hydrogen, which is one of the first companies to receive this type of approval for a maritime hydrogen-based energy system with a liquid hydrogen tank below deck from the Norwegian flag, HAV Group said.

The preliminary approval confirms that the alternative design is considered feasible and sound in accordance with International Maritime Organisation (IMO) guidelines on alternative design and that the project is ready to advance into the next stage – the final design phase.

According to the developer, this means that the technology is ready to enter the commercial stage where the company can start offering its products to the global maritime market.

Commenting on the approval, Kristian Osnes, project manager for the FreeCO2ast project and managing director at HAV Hydrogen, said: “Hydrogen can be the key to achieving zero-emission shipping. This regulatory approval takes us an important step towards commercialising our hydrogen solutions and realizing the zero-emission ambition. The learnings from this comprehensive approval process are highly important for HAV Hydrogen’s competence in designing hydrogen system solutions”.

HAV Hydrogen’s energy system is a spin-off from the FreeCo2ast project, which is currently developing a high-capacity hydrogen energy system that can be retrofitted onboard one of Havila Kystruten’s coastal cruise ships.

The project is supported by the Norwegian Research Council, Innovation Norway and Enova and gathers partners including Havila Kystruten and HAV Group’s subsidiaries HAV Design, Norwegian Electric Systems and Havyard Hydrogen, in addition to the research institutions Sintef Ocean and Prototech.

The fuel cell manufacturer Powercell AB and tank system supplier Linde Engineering GmbH have also taken part in the project with knowledge and expertise in their respective areas. 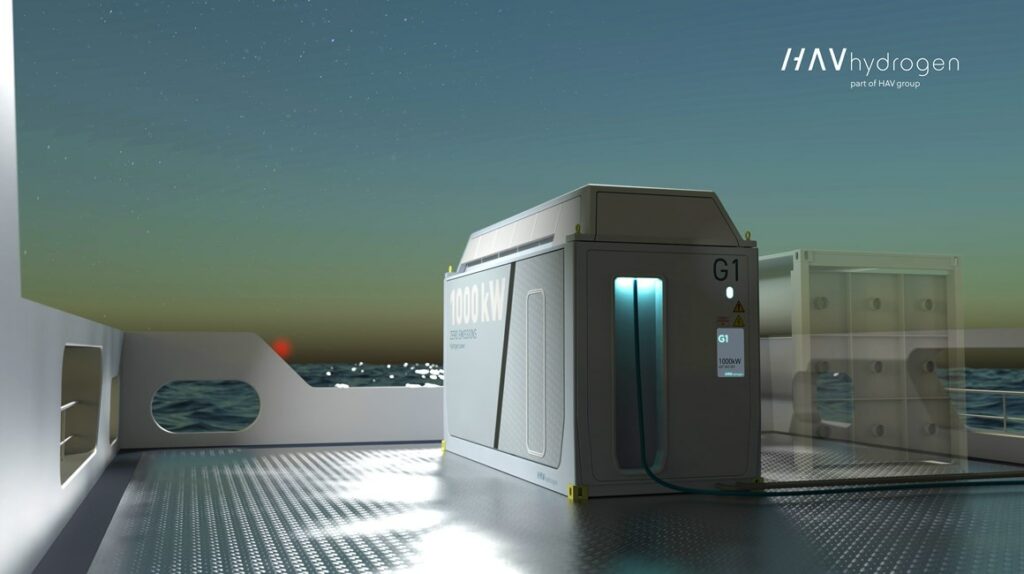 HAV Hydrogen to launch containerized H2 systems for ships
Posted: about 1 month ago
DNV approves HAV Group’s hydrogen energy system for cruise ships
Posted: 3 months ago
Premium
In focus: All roads leading to hydrogen
Posted: 13 days ago