German terminal operator Hamburger Hafen und Logistik AG (HHLA) recorded an increase of 1.2 percent in its container throughput in the first half of this year.

During the first six months of 2018, HHLA’s container volumes rose to 3.63 million TEU from 3.59 million seen in the corresponding period a year earlier.

Specifically, the slight growth was mainly driven by a 4.1 percent increase in Asia traffic, according to HHLA.

On the other hand, container transport declined by 4.2 percent in the intermodal segment. This is due to the scheduled realignment of Polzug’s activities as part of its integration into the Metrans organization.

In the first half of 2018, HHLA improved on the already strong prior-year result. Both group revenue and the group operating result increased slightly in the first six months against the same period of the previous year.

Revenue in the listed port logistics subgroup was up slightly by 1.6 percent in the first six months to EUR 617.1 million (around USD 704.4 million). The operating result (EBIT) also rose slightly by 0.8 percent to EUR 91.4 million.

In addition, revenue in the container segment rose by 2.2 percent to EUR 380.3 million, thereby somewhat outstripping container throughput – this is mainly attributable to the lower feeder ratio. The segment’s EBIT margin came in at 17.9 percent.

In the intermodal segment, revenue increased by 0.9 percent. What is more, EBIT rose considerably by 10.7 percent to EUR 38.6 million, resulting in yet another increase in the EBIT margin, which came in at 18.6 percent.

“HHLA’s positive performance in the first half of the year gives us confidence that we will achieve the targets announced for the financial year (…) We are currently proactively harnessing the opportunities presented by digitisation, including amongst others the introduction of a new terminal operating system. At the same time, we are strengthening our position in our existing business. At the end of June, we acquired all shares in the largest Estonian terminal operator, Transiidikeskuse AS (TK), and are now integrating TK into the HHLA Group,” Angela Titzrath, Chairwoman of HHLA’s Executive Board, commented.

The operating result at the port logistics subgroup is expected to rise significantly year on year in 2018. Earnings will be driven largely by the container and intermodal segments, HHLA said. 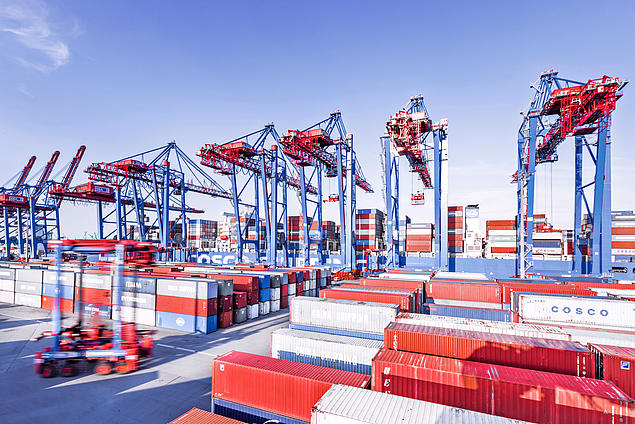