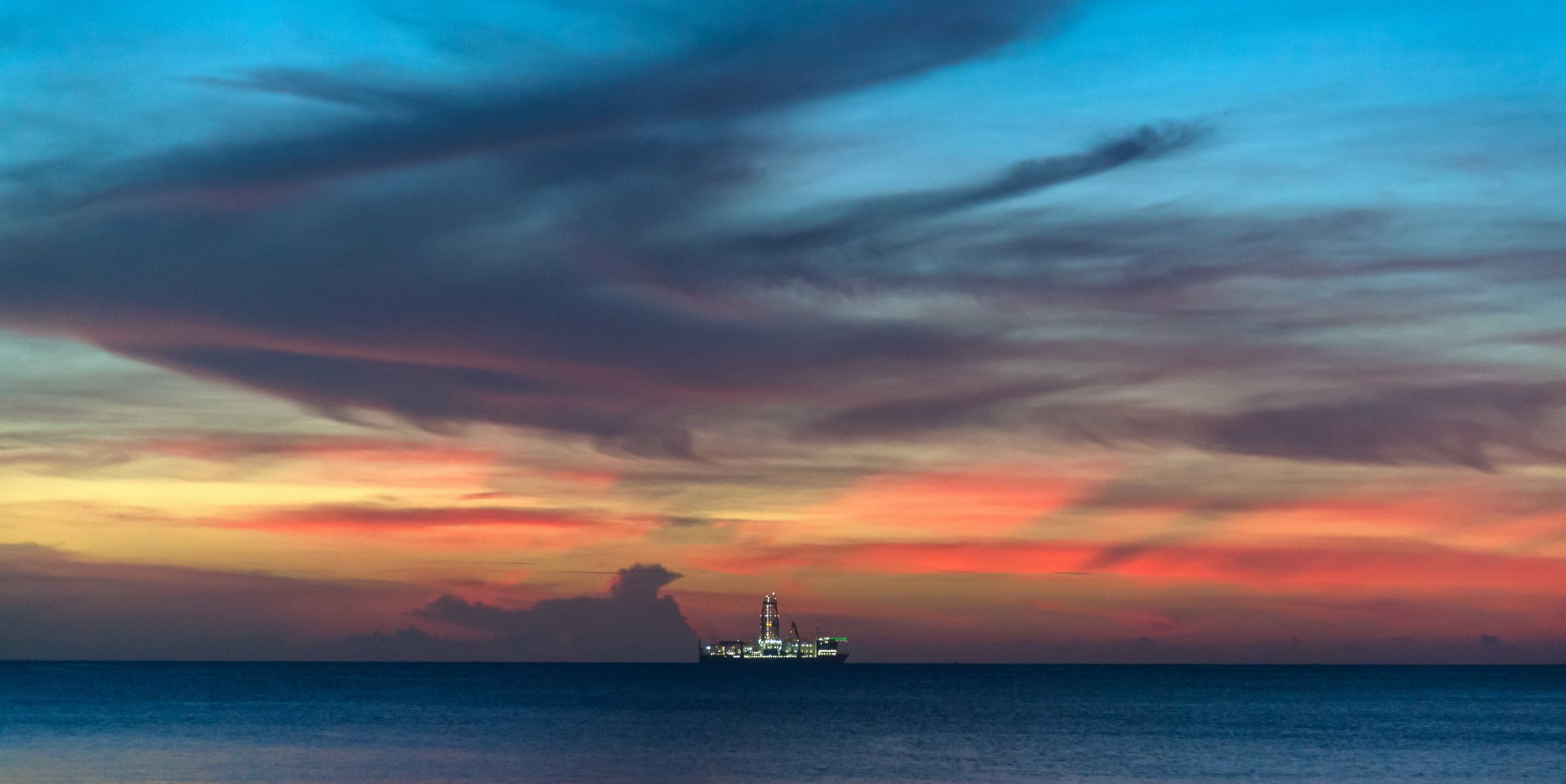 Back to overview
Home Fossil Energy How is the transition to renewables faring in the midst of a global energy crisis?

How is the transition to renewables faring in the midst of a global energy crisis?

In the aftermath of COP27, which took place against the backdrop of the first true global energy crisis, many argued that little progress was made on the phasing out of fossil fuels. This was justified by the need to strengthen energy security, protect consumers at the pump, and avoid a global recession. In light of this, Westwood Global Energy has done a deep dive into the impact of this on the energy transition to a sustainable, green future.

Westwood’s recent analysis points out that the global energy crisis has been brewing since the last quarter of 2021, caused by a mix of factors, including resurgent demand after the lifting of lockdown, bad weather, and disruptions to supply chains. While this crisis is impacting all areas of the energy market and all geographies, Russia’s invasion of Ukraine added further flames to the fire with volatility across the global oil, gas, LNG, coal, and power markets. Europe has been hit by this more strongly, partly due to its exposure to Russian gas.

The energy market research firm highlighted that even though oil prices have shown volatility and reached their highest level since 2014, the relative volatility has been weaker in comparison to the power and gas markets, which have shown massive swings in pricing in Europe this year. These higher commodity prices have given the oil and gas sector renewed vigour.

As a result, offshore drilling rig fleet utilisation is at highs not witnessed since 2014, following the rise in crude prices while the global upstream engineering, procurement, and construction (EPC) contract award value has returned to pre-pandemic levels amidst higher commodity prices. Westwood explained that the outlook, based on what it can see from operators, is also very strong, with the average EPC spend over the next five years elevated compared to previous years.

However, whether the industry can deliver these projects remains to be seen due to issues around supply chain disruption, inflation, commodity price volatility etc., which is making the final investment decisions (FIDs) harder to make, as highlighted by Equinor’s recent postponement of the Wisting project.

Despite the uncertainty surrounding the delivery of these projects, this is still “an incredible turnaround” for an industry that has been questioning the future of its core business. As oil and gas companies look for more hydrocarbons, they are confident enough in the demand outlook to bet large amounts of shareholder money on it, emphasised Westwood.

The energy market research provider explained that “a couple of interesting factors” emerge when comparing the cash profiles of the supermajors – BP, Chevron, ExxonMobil, Shell, and TotalEnergies – in the first nine months of last year against the same period this year. While their operating cash flow has increased by 70 per cent and capex has increased by over 25 per cent, shareholder pay-outs have more than doubled at the same time, thus, the focus is not just on “spending more but also about rewarding shareholders.”

Based on current trends, the supermajors in aggregate could have zero net debt by the end of 2023 if cash continues to build up on their balance sheets at current rates. Westwood underscored that the question now arises whether the supermajors can realistically spend more money on the oil and gas pipeline – with it already theoretically being full – or if they should be pivoting faster towards the energy transition now that they have the cash for further investments. At the same time, windfall taxes have already been imposed in some countries such as the UK, and there is the potential that more countries will follow.

Moreover, the oil majors have already pointed out that “limited sizable investment opportunities” are available in the energy transition with projects related to hydrogen and carbon capture and storage (CCS) – representing the key growth areas for these companies – being at a nascent stage of their development. BP’s $4.1 billion takeover of the bioenergy business Archaea last month shows that acquisitions might be the way to bridge the gap.

Energy trilemma back in the spotlight

Westwood claims that another dilemma that has come back to haunt the world is the energy trilemma, which envisions creating an energy system that provides energy that is sustainable, secure, and affordable. Due to this, governments are left with some difficult choices and the energy market research player uses the UK to illustrate this. The United Kingdom was “the first major economy” to commit in law to net-zero by 2050, but it still has “some pretty big ambitions” in the medium term, including reducing upstream emissions by 50 per cent, bringing 50 GW of offshore wind and 10 GW of hydrogen online, and capturing 20-30 mt CO₂ per year by 2030.

This would mean that hydrocarbon supply and demand would decline, while the gap between the two is filled with imports. However, the reliance on imports has meant exposure to a volatile gas market, which is impacting consumers’ electricity and gas prices. Therefore, Westwood claims that this has required “one of the largest subsidy regimes” to protect customers and businesses from going under. At the same time, the government has launched a new oil and gas licencing round to plug the import gap with its own oil and gas and produce it in “a lower emissions way.”

As it has taken five years from discovery to the first production in the last decade, this would be “way too late” to help consumers, says Westwood, thus, the UK, and other countries in Europe, will need to import oil and gas for the foreseeable future. Rishi Sunak, the UK’s latest Prime Minister, went to COP27 and “promised to speed up the UK’s transition to renewable energy,” which is “arguably the quickest way to transition and to meet the criteria of the energy trilemma.”

Where does the energy transition currently stand?

With a global energy crisis taking centre stage while governments react to it in different ways, some factors are slowing down the energy transition while others are speeding it up. Regarding those putting the brakes on the transition to green sources of energy, this is primarily due to the spending on fossil fuels being increased – including for countries with net-zero targets – as nations struggle to meet the energy demand with the desire for energy security as an overriding factor.

Following the Ukraine crisis, geopolitical rifts have been deepened at a time when global cooperation has become more essential to tackling climate change, since, the world is not on target to meet the Paris Agreement goals, elaborated Westwood. In addition, the worsening macroeconomic picture and rampant inflation, raising the cost of deployment and creating uncertainty in demand, could also stymie the necessary investments and risk-taking needed to accelerate the new technology build-out.

The cost of some renewables has risen for the first time after a long downward trajectory, added the energy market research firm. On the other hand, Westwood sees several positive signs as well, including the EU’s efforts to double down on the transition, both through its Fit for 55 and REPowerEU initiatives, which have a central aim of decoupling from Russian gas and accelerating the adoption of renewables and other clean energies such as green hydrogen.

Additionally, the U.S. Inflation Reduction Act – passed into law this August – is set to boost a whole range of clean energies through a $391 billion funding plan. Westwood underlined that emerging economies and large future polluters are also continuing to commit to climate action, with India publishing its long-term emissions strategy to reach net-zero by 2070 at the COP27 conference. Corporate power purchase agreements for renewable power are “at record highs,” according to the energy market research player.

Moreover, the latest IEA Stated Policies Scenario (STEPS), published in October 2022, shows all fossil fuels – coal in particular – are near-term winners, but this is reversed in the coming eight years, as a little less oil is needed by 2030 than had initially been forecast back in the STEPS scenario of the World Energy Outlook of 2021. While natural gas is hit significantly with supply peaking by the end of this decade, renewables play a much bigger role globally.

Governments are looking to reduce their exposure to natural gas and favour renewables in their place, which leads to significant declines in the U.S. and Europe while in emerging economies gas demand continues to rise. However, Westwood says that this scenario will not lead to net-zero, but it does say “watch out for the further acceleration of renewables.”

Westwood underscored that there are several renewable technologies set for growth in a bid to accelerate the energy transition and some of these, like solar, are “well established, competitive, and growing fast.” Others are still in their infancy, including floating offshore wind technology, which has the potential to “democratise offshore power for the entire world and be the foundation of an ocean industrial revolution.” Currently, its operational capacity stands at 130 MW, which is just enough to power a village.

At this point in time, Westwood is tracking 127 GW of projects being developed or with announced plans, which represents around $335 billion EPC value opportunity – turbines, foundations, cables etc. – resulting in $100 billion more than what has been spent on the entire offshore wind industry to date. In the coming years, the offshore floating wind industry is expected to grow fast, initially in places like South Korea, the UK, Spain, and China.

However, it still faces many challenges, as it is more expensive than traditional fixed bottom wind, there are still over 80 different technology designs whose technical limits are untested, and a new supply chain needs building out.

Bearing all this in mind, Westwood highlights that the first true global energy crisis is having “a profound impact” on the trajectory of the energy industry. This crisis has brought the concept of the energy trilemma back into the frame, with governments and corporations – and the resurgent oil and gas sector in particular – confronted with difficult choices on how to react.

This increased level of uncertainty presents the energy transition with several barriers in the short term, however, decisions governments are making today favour “a speeding up of the transition,” to the benefit of the deployment of renewables at the expense of natural gas. While this is not a paradigm shift to allow the world to reach net-zero by 2050, Westwood concludes that the energy crisis is certainly helping to put things in the right direction.