Chinese shipbuilder Hudong-Zhonghua, a subsidiary of China State Shipbuilding Corporation (CSSC), has won a firm order for the construction of a 14,000 CBM LNG bunkering vessel.

The ship has a total length of 130 meters, a moulded width of 23.60 meters, and a moulded depth of 15 meters. It is classified by the China Classification Society (CCS). It will feature an independently designed B-type containment system described as having high capacity utilization rate and strong anti-sloshing capabilities.

Once delivered, the vessel will have the capability to provide both LNG refueling and transportation services from river to sea. The contract is part of the Gasification of the Yangtze River strategy, aiming to switch ships sailing the river by burning heavy oil and diesel to use LNG and thus cut emissions.

Hudong-Zhonghua has been among the favorite global yards for owners looking to power their newbuilds with LNG. In January this year, the shipbuilder signed its largest LNG carrier order to date with Japanese shipping major MOL. The contract covers the construction of six 174,000 cbm LNG carriers of the latest generation of the ‘Changheng Series’. It amounts to about 7.5 billion yuan or $1.18 billion. 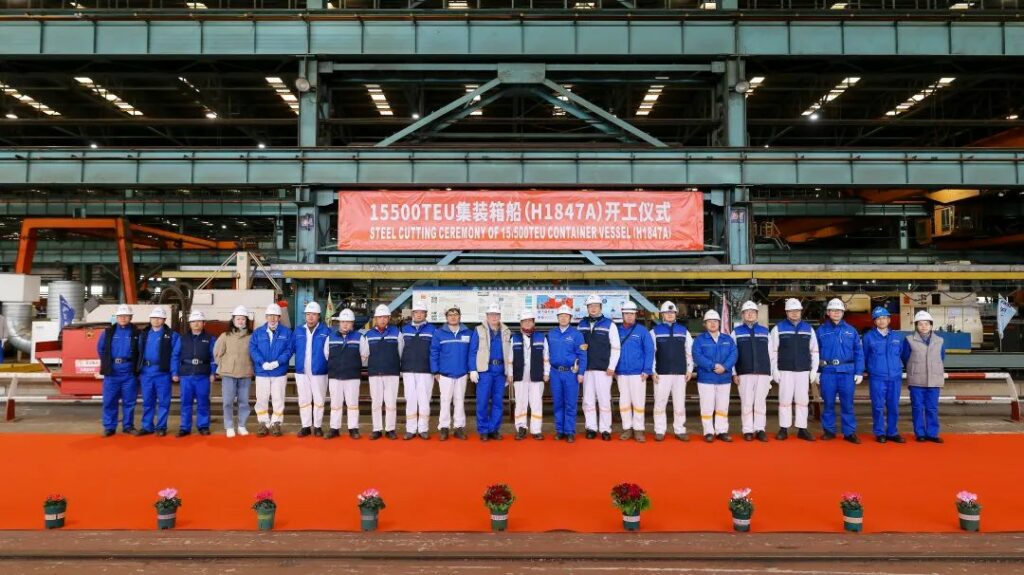