The entry into force of the Ballast Water Convention this September will not prevent the transfer of invasive aquatic species (IAS) unless there is mandatory legislation in place to prevent biofouling on ships’ hulls, according to Antwerp-based Subsea Industries.

Commenting on a presentation delivered at the World Ocean Council’s Sustainable Ocean Summit in December, in which it was revealed that hull biofouling could be more damaging than ballast water transfer, Boud Van Rompay, Subsea Industries’ Chairman, said: “The transfer of IAS in ballast water has been addressed with the ratification of the BWM Convention, but currently there is no legislation to prevent the transfer of IAS on ships’ hulls though fouling, only guidelines.”

While there is ongoing evaluation of the Biofouling Guidelines set out in MEPC.1/Circ.811, there has been little support from the International Maritime Organization (IMO) member states for a new mandatory instrument to reduce the impact of bioufouling, according to Subsea Industries. Aside from the guidelines, the issue of biofouling is not to be on the agenda of the MEPC or any other IMO body, the firm said.

There has been a number of studies comparing the transfer of IAS through ballast with that transferred by hull fouling, with some studies concluding that hull fouling is more environmentally damaging than IAS relocated through ballasting operations, Subsea Industries said.

“The IAS threat is increasing especially since antifouling systems in use since the ban on tributyltin (TBT) are less effective in eliminating hull fouling. Some species have developed a resistance to copper biocides and are thriving in ports and harbours where copper and organotin residues are high,” Van Rompay said.

According to Van Rompay, frequent in-water hull cleaning of a hard, inert coating is the key to preventing IAS translocation, since the removal of micro- and macro-fouling acquired locally poses no risk whatsoever.

However, there is a dichotomy in that the in-water cleaning of biocidal antifouling systems is banned in many ports and harbors around the world as the chemicals in these coatings pose an environmental hazard of their own. Cleaning macro-fouling from these hulls also damages the coatings, Subsea Industries said.

“The only real answer to preventing the spread of IAS is by ensuring that ships sail with a clean hull from their point of origin. Only a non-toxic hard-type coating and regular in-water cleaning can achieve this,” Subsea Industries’ Chairman said.

“Indeed, many ports and harbours permit the in-water cleaning of this type of coating system. Effective biofouling control is also the most efficient way of reducing fuel consumption and greenhouse gas emissions,” he added. 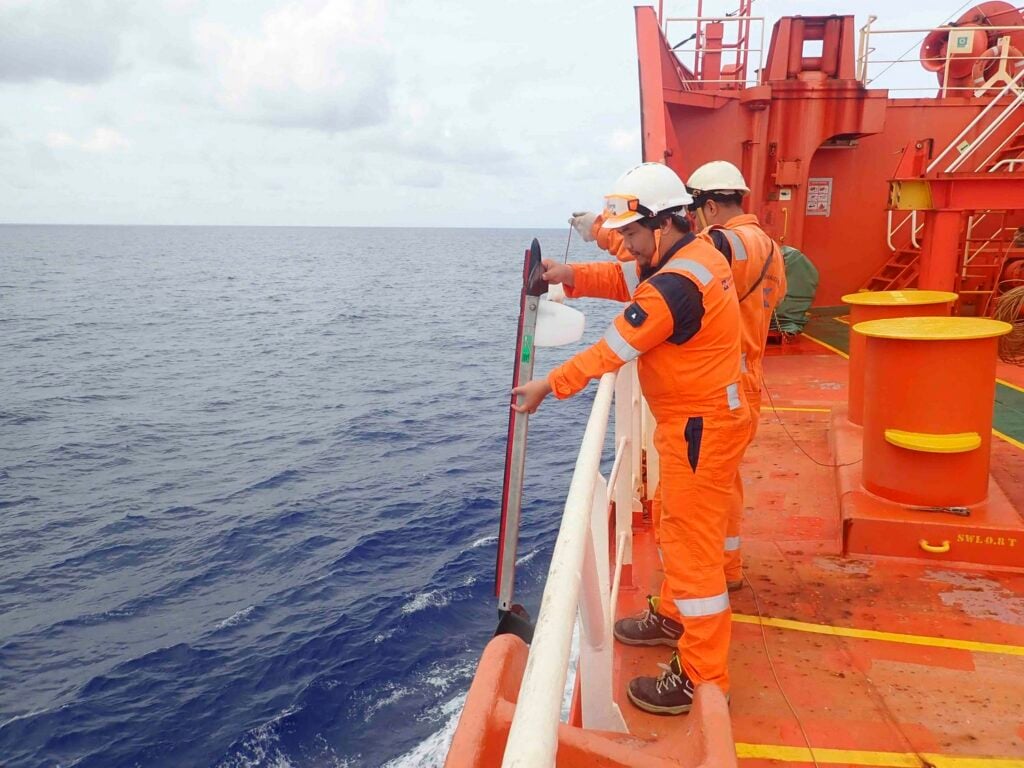