Norwegian Energy Company ASA is facing tough times ahead as it has received information of an unplanned shut-down of the Huntington field in the UK North Sea. The company has said its liquidity may be impacted.

In a statement issued today, Noreco has said it has also received updated information indicating a need for write-downs of its Oselvar and Huntington reserves. The Oselvar write-down is not expected to impact Noreco’s cash flow and liquidity in 2014 and 2015.

“The Huntington development will however, impact cash balances through 2015 and onwards, and the unplanned shut -down has created uncertainty whether Noreco will be able to meet its financial commitments also towards the end of 2014,” Noreco said in a statement.

“Together with financial advisers the Company is evaluating mitigating measures that would be required to secure a sustainable financing solution. Noreco is also working with operators and licence partners to fully understand the new reservoir data, and is exploring measures that could improve production levels at the fields,” the company added.

With respect to Oselvar, updated geological and reservoir evaluations made by the operator DONG Energy indicate lower in-place volumes, more complex reservoir, less connectivity and poorer reservoir quality, resulting in a reduction of reserves and a shorter production lifetime than previously assumed due to earlier economic cut off.

As a consequence, Noreco is considering a write-down of its booked reserves for the Oselvar field by approximately 50-75 per cent of current estimates, according to assessments that are still subject to validation. The likely value impairment will be a lower percentage of the current net book value as this includes significant tax balances.

The write-down is currently estimated at ca. NOK 100 million post tax, which represents approximately ca 25 per cent of current net book value. This is a preliminary estimate, which will be further considered up until the release of the Q3 financial report in November. The write-down is not expected to impact the Company’s liquidity in 2014 and 2015.

The Huntington operator E.ON has been informed by the CATS (Central Area Transmission System) operator BP that Huntington’s gas export will be restricted with effect from 1 October 2014.

This restriction will allow Huntington to produce up to approximately 3,500 boepd net to Noreco until 18 October 2014.

From there on CATS will restrict Huntington to zero gas export until the end of October and as previously indicated for the planned shut-down from 1 November 2014 until 5 December 2014 resulting in no oil production.

E.ON is continuing to explore with BP whether there is any possibility for some gas export through CATS in the restricted periods, Noreco has explained.

E.ON is also continuing ongoing work to verify whether injection of gas into the Huntington reservoir is technically feasible and safe, in which case some oil production may be possible during the period.

This new information regarding extended production shut-down on Huntington creates uncertainty about Noreco’s ability to meet its financial commitments and covenants towards the end of 2014.

With respect to Huntington production in 2015, the operator’s preliminary production budgets indicate a significant reduction compared to Noreco’s current estimates.

The preliminary information and prognoses remain subject to further investigation, and more precise projections are expected in the second half of October. At the same time, Noreco has said it is working with the Huntington operator and licence partners to explore measures that could improve production levels.

“Should the preliminary production projections be verified and not offset by other positive reservoir developments or rectifying measures, a write -down of goodwill and Huntington’s net book value may be required, possibly in a magnitude of NOK 700 million post tax,” Noreco said in an Oslo Bors filing.

This estimate will be subject to further quality assurance and updates as new information becomes available, up until release of the Q3 financial report in November.

This development is currently not expected to have any immediate liquidity effects, but will impact Noreco’s liquidity position through 2015 and onwards.

Noreco has said it is now working with E.ON and the other partners in the Huntington field in an effort to clarify the situation.

“Pending final assessments and cash flow considerations, the Company, together with its financial advisors Arctic Securities and Pareto Securities, is actively looking at potential mitigating measures needed under the circumstances,” Noreco said.

“This includes a broad review of alternatives available to the Company, in order to secure a sustainable financing solution. Noreco is closely monitoring the information becoming available and further updates will be shared with the market by mid October,” the company added. 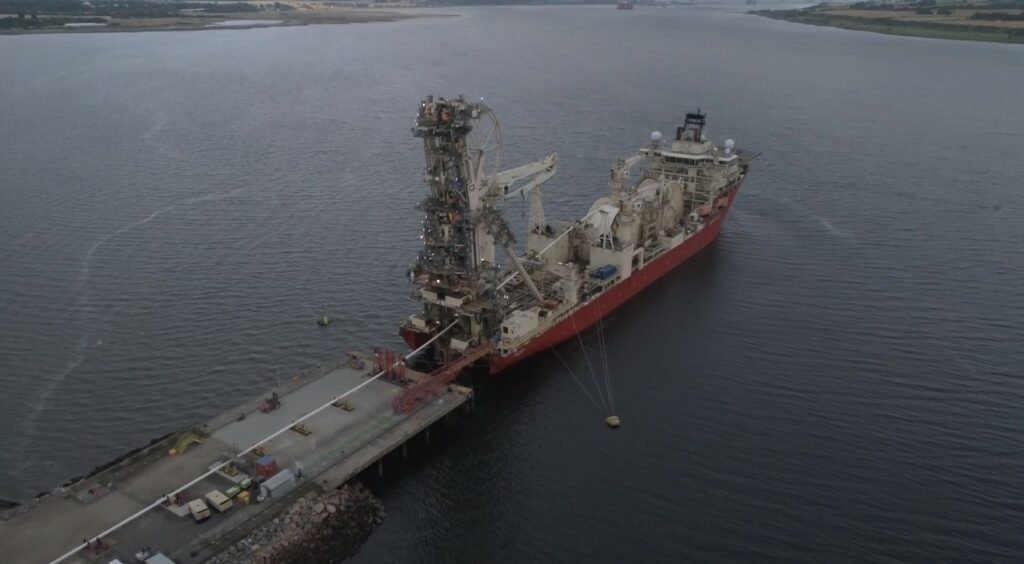