Hyundai Together Takes Off with World’s Largest Boxship Propeller

The world’s largest container ship propeller was loaded onto the Hyundai Together at the HHLA Container Terminal Altenwerder on Saturday.

The ‘HHLA IV’ floating crane lifted the giant propeller, measuring 10.3 metres in diameter, weighing 113 tonnes and boasting five blades, from its pontoon into the belly of the ship. The ‘HHLA IV’ can lift up to 200 tonnes and can be steered with millimetre precision, even when fully loaded.

Thomas Kahl, from Hyundai Merchant Marine Germany (HMM), explains: “HMM has been active in the break bulk market for twenty years. Shipping heavy and high-volume cargo is part of our everyday business, but transporting a propeller like this is nonetheless a challenge, even for us. We are delighted to have been able to transport this cargo on Hyundai ships.”

“The smooth handling of this shipment in the Port of Hamburg once again underlines the professionalism of all involved, starting with the transportation of the propeller to Hamburg, to the deployment of the floating crane to and at the CTA and the work undertaken on board the Hyundai Together,” he added.

The huge ship propeller was manufactured by Mecklenburger Metallguss GmbH in Waren (Müritz) and a 30-metre-long heavy goods vehicle transported it to Hamburg along the A19 and A24 motorways at the end of February. The ‘HHLA IV’ took the propeller to its berth for temporary storage.

The ship propeller left the Port of Hamburg on Sunday on the Hyundai Together, which can hold 13,000 standard containers (TEU). Its journey will take it to a South Korean shipyard, where an 18,000-TEU container ship is currently being built. Together with an 85,000-h.p. engine, the propeller will drive the vessel across the world’s oceans.

Six more ship propellers of this kind are to be transshipped via the Port of Hamburg this year, with the next shipment due to take place at the beginning of June. 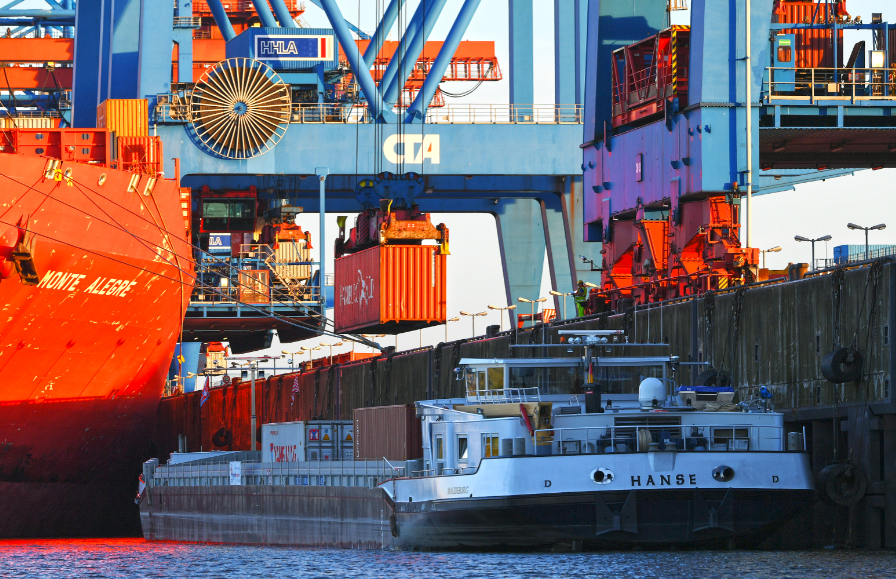