Photo: Explicit intercepts the exhaust plume of a vessel to measure emissions; Courtesy of ICCT

On 22 March, ICCT said it formally started the FUMES project in collaboration with Danish-based Explicit and the Netherlands Organization for Applied Scientific Research (TNO).

Using in-stack continuous emissions monitoring, drones, and helicopters, the project will examine and quantify methane emissions from ships fueled by LNG under a variety of real-world operating conditions. ICCT says this is at a scale never before achieved.

Globally, the use of LNG as a marine fuel grew nearly 30 per cent between 2012 and 2018. LNG is also becoming popular as a fuel for new cargo ships and cruise ships. This is despite concerns about methane emissions which may dilute the potential GHG reduction benefits of using LNG.

The current knowledge on methane emissions from ships consists of only a small number of studies based on limited measurements taken on board or in a laboratory.

“Obtaining these real-world data will help us to better understand the conditions under which methane emissions from LNG-fueled ships are high or low, and that’s important when considering ways to reduce the environmental impacts of shipping,” said Bryan Comer, marine program lead at the ICCT.

“Improvements in engine design over recent years might not be fully captured in older studies, and so that’s another gap in the literature this project will help address,” said Robin Vermeulen, engine and emissions measurement specialist at TNO.

FUMES results are to include estimated methane (CH4) and nitrogen oxides (NOx) emission factors by engine type for the ships measured.

Measurements will be taken in 2022 and the team will publish a peer-reviewed, publicly available white paper in 2023.

“In addition to onboard measurements, the project will deploy both drones and helicopters to sample exhaust plumes from many more ships to provide broader insights into the factors that affect methane emissions. We will also use new drone-based technologies to quantify total fugitive methane emissions from ships, something which has never been done before,” said Bettina Knudsen, COO/CMO of Explicit.

The FUMES project will be useful for a variety of policymakers, including at the IMO and the EU, as they consider ways to establish and enforce limits on methane emissions from LNG-fueled ships. 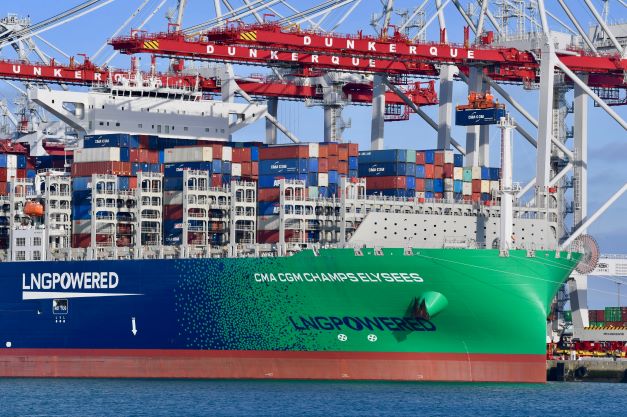