The International Chamber of Shipping (ICS) has published new Guidance on Large Scale Rescue Operations at Sea in response to the continuing crisis in the Mediterranean, necessitating commercial ships to rescue tens of thousands of migrants and refugees during 2014.

ICS Secretary General, Peter Hinchliffe said that the scale of the crisis involving thousands of people attempting to get to Europe in craft that are neither fit for purpose nor seaworthy has raised real concerns about the safety and health of ships’ crews that may be involved in rescuing as many as 200 people at a time.

As pointed out by the ICS, the challenges involved in rescuing large numbers of people and then accommodating them on board ship prior to disembarkation are enormous compared to conventional rescue operations.

“The ICS Guidelines are intended to help shipping companies prepare for this eventuality, whilst taking full of account of the safety and security of the ship should such large scale rescues be necessary,” the Chamber said.

ICS says that experience has shown that advance preparations, and the development of effective procedures supported by regular drills, will prepare Masters and their crews to manage large scale rescue operations safely and successfully.

The issues covered by the ICS Guidelines include the provision of additional Personal Protective Equipment for ship’s crew and the safe management and accommodation of large numbers of people on board with an emphasis on sanitation, hygiene and ship security.

The Guidelines also refer to the need for companies to take full account of crew welfare in the aftermath of a large scale rescue.

ICS also emphasises that Masters should not be expected to become involved in decisions about the legal status of the people they have rescued or whether they intend to apply for asylum.

“Notwithstanding the shipping industry’s legal and humanitarian obligations to rescue people in distress at sea, it remains incumbent on the governments to find a solution to the current crisis which is placing a very difficult burden on ships’ crews and the companies that have a duty of care for them,” said Hinchliffe. 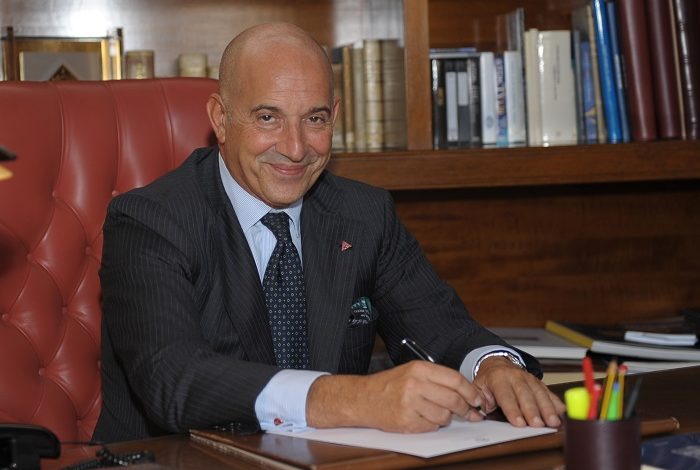 Emanuele Grimaldi to replace Polusson as new ICS Chairman
Posted: 29 days ago
Crews mark Day of the Seafarer between a rock and a hard place as crew change crisis continues to brew
Posted: about 1 month ago
Work ramps up on German large-scale offshore hydrogen plant
Posted: 6 days ago