Search and rescue efforts continue for workers who went missing after cyclone Tauktae hit a barge working off the coast of Mumbai, India on Monday.

The cyclone Tauktae hit the Arabian Sea off the coast of Mumbai in the early hours of 17 May 2021, leaving a trail of destruction. It is said to be the most powerful cyclone to hit India in more than two decades.

India’s state-owned oil giant ONGC said on Tuesday that the cyclone had affected the area where its major production installations and drilling rigs are located.

Three construction barges working for ONGC and one of its drillships were affected, prompting a massive search and rescue operation for the workers who were on the assets when the cyclone hit.

The barges involved are Papaa–305, Support Station-3, and Gal Constructor and the Sagar Bhushan drillship.

According to the latest available information, all drifted vessels, except for the P-305, are taken in control and their crews are safe. The P-305 capsized and sank 35 nautical miles from Mumbai.

Following rescue operations, the Indian Navy reported that 188 survivors from the P-305 barge have so far been rescued.

Reuters reported that the barge had a crew of 261 people on board and that 22 people were killed in the incident. Search efforts continue for the missing 51 crew members.

Furthermore, the Indian Coast Guard reported that all crew members from the Gal Constructor barge were rescued and are safe. The barge ran aground North of Mumbai.

According to a statement from India’s Press Information Bureau, the SAR efforts are also in progress off the coast of Gujarat for three vessels, Support Station 3, Great Ship Aditi, and drillship Sagar Bhushan, which are 15-20 nautical miles South-East off Gujarat coast (Pipavav).

INS Talwar has arrived in the area and taken over the duties of ‘On-Scene Coordinator’ for coordination of the SAR effort. The Western Naval Command, in coordination with ONGC and DG shipping, has diverted five tugs to render assistance.

The Great Ship Aditi and Support Station 3 have been able to drop anchor. Meanwhile, OSVs Samudra Sevak and SV Cheel are connected to manoeuvre Sagar Bhushan, and the situation at present appears to be stable.

The sea continues to be extremely rough, posing a challenge to the ships and aircraft involved in SAR operations. 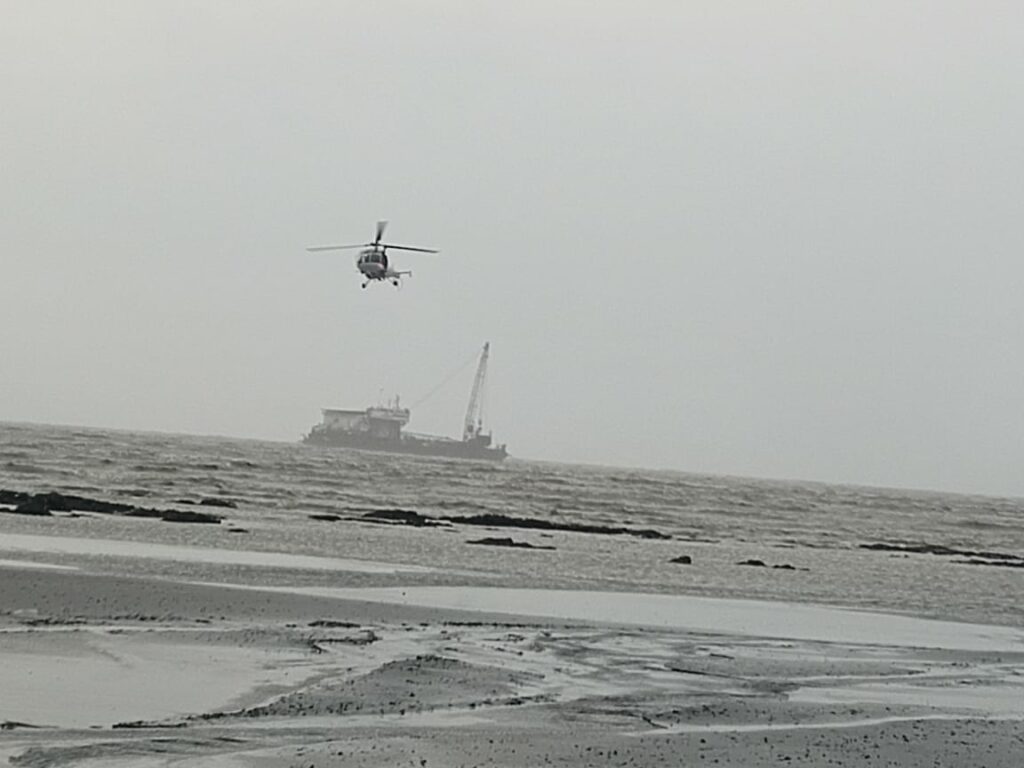