India’s offshore drilling contractor Aban Offshore has entered into an agreement with the UAE-based operator ADES International for the sale of four of its jack-up drilling rigs.

According to information on Aban’s website, they were built in 2006, 2007, 2007, and 2008, respectively. They are based on a KFELS SUPER B Class design except for the Deep Driller 4, which is of a Baker Marine Pacific Class 375 design.

The total value of the deal is about $106 million for these four rigs with the first two being sold for $26 million each and the other two for $27 million each.

The sale is subject to the approval of shareholders and the expected date of completion is set for 31 May 2022.

In related news, a little over a year ago, Aban also sold two jack-up rigs, a drillship, and a floating production unit (FPU) owned by the company and two jack-ups and another drillship owned by its subsidiaries.

The proceeds from the sale were used for the repayment of debts of the company and its subsidiaries. 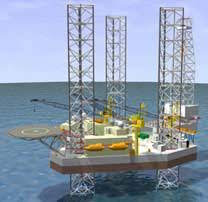 India’s Aban brings delayed rig sale to a close
Posted: 5 months ago
ADES expands its fleet with another jack-up rig
Posted: about 1 month ago
India’s Aban closes sale of jack-up rig to ADES
Posted: 6 months ago