INPEX CORPORATION (“INPEX”)  announces that through its wholly owned subsidiary, INPEX South Makassar, Ltd. the final investment decision was made for the Ruby gas field in the Sebuku Block (the “Block”). Upon this decision, development activities will start towards the commencement of gas production in the field in the second half of 2013.

The Block is located 300km south of the Offshore Mahakam Block, where TOTAL and INPEX are producing oil and gas since 1974. The Block covers 2,345km2 with a water depth ranging from 50m to 200m. With the Ruby gas field having obtained the approval of the plan of development from the Government of Indonesia in July 2008, and following this final investment decision, four development wells are planned to be drilled from an offshore platform. The gas production will flow to and be processed at the onshore production facilities of Offshore Mahakam Block with certain synergy effects expected. The gas production rate is estimated at 100MMscf per day with sales principally to a fertilizer plant located in North Bontang, East Kalimantan. The total capital investment is projected at 500MM US dollars.

INPEX has been expanding its exploration and development activities in Indonesia as one of its international core business areas. INPEX is conducting production activity in the Offshore Mahakam Block with the largest gas production in Indonesia. INPEX is also in the process of developing the large scale Abadi LNG project in the Masela Block, the Arafura Sea, for which INPEX is now preparing for the Front End Engineering and Design (FEED) as the Operator. INPEX will further endeavor to explore for and develop oil and gas resources in Indonesia. 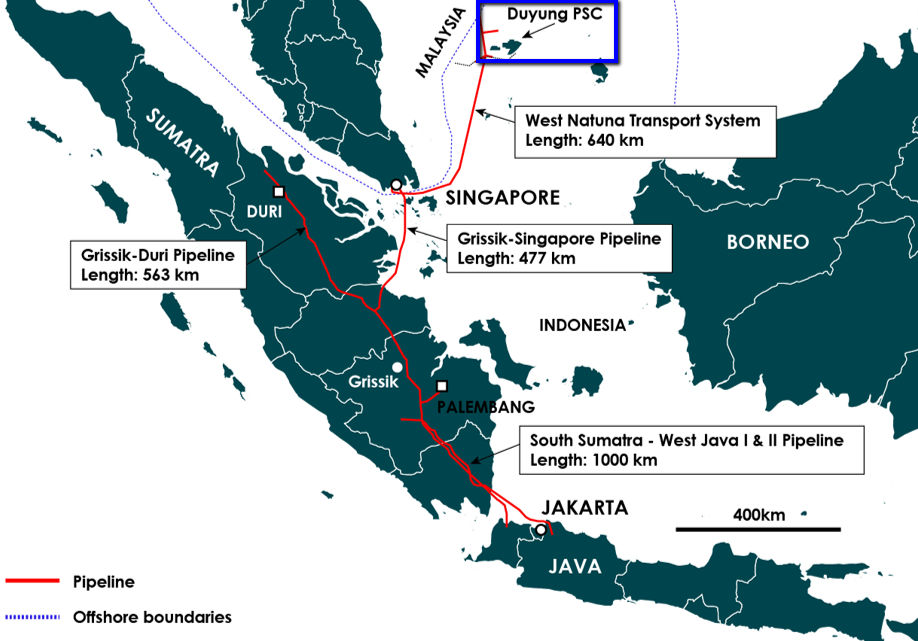