Japan’s biggest oil and gas producer Inpex has revealed its strategy to become a net-zero company by 2050 through the expansion of renewable and hydrogen energy as well as the use of carbon capture technology.

This comes after Japan announced in October 2020 that it would become a carbon-neutral country by 2050. This is in line with many other global oil and gas companies shifting away from fossil fuel to green energy.

Inpex said on Wednesday that it plans to fully offset carbon emissions from its oil and gas production and the energy it uses by 2050. It also aims to reduce its net carbon intensity by 30 per cent by 2030 compared to the level in 2019.

Mitigation would rely on offsetting emissions such as tree planting or carbon capture technology, which has not yet reached commercial scale. Inpex also stated that it would expand green energy assets such as renewable energy and hydrogen.

In its “Business Development Strategy – Towards a Net Zero Carbon Society by 2050”, Inpex stated that it would spend $193-$289 million a year on decarbonisation.

In it, Inpex set climate change response goals and will also actively promote the following five business pillars by making full use of the technologies, assets and human resources.

“We want to become an innovator for the energy transition. As for LNG, we still believe demand will rise in the mid- and long-term, mainly in Asia, and we will keep investing in new projects but as for oil, we would expand assets only near existing projects…instead of starting new projects from scratch”, Reuters quoted Inpex president Takayuki Ueda.

The company, which produces 580,000 barrels of oil equivalent per day, had previously set a target to raise the volume to 1 million BOE per day, but Ueda said the goal is no longer valid. 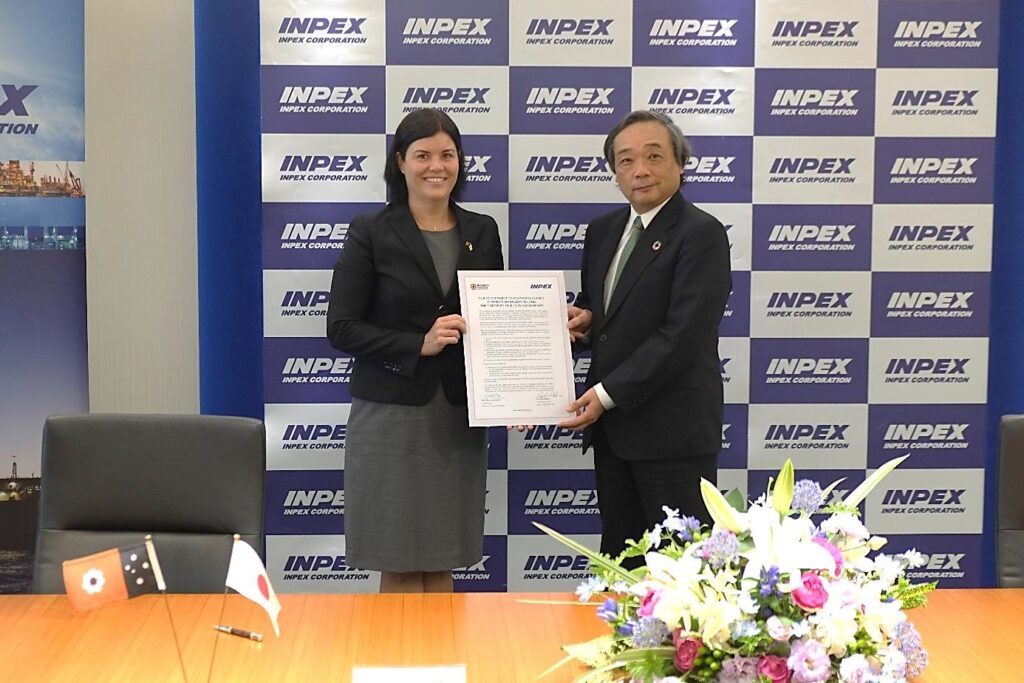