Back to overview
Home LNG Interview: Panama’s first LNG terminal to get commissioning cargo early May

Panama’s and Central America’s first liquefied natural gas (LNG) import terminal is set to receive a commissioning cargo from the Sabine Pass facility in the US early May, according to the head of AES in Panama, one of the two developers in the project.

US energy company AES Corporation, through AES Colon, has a 50.1 percent stake in the LNG-to-power project that includes a 380MW combined-cycle gas turbine (CCGT). The other 49.9 percent share belongs to Inversiones Bahia.

Panama’s Costa Norte LNG import terminal consists of a 180,000-cbm LNG tank, a jetty and regasification facilities. Total capacity of the LNG terminal is expected to be 1.5 million tonnes per annum (mtpa).

Construction on the $1.1 billion project at Colon started in the second quarter of 2016.

The general progress of the whole project, including the power plant and the LNG terminal, was at 89 percent as of the end of March, Miguel Bolinaga, President of AES in Panama told LNG World News late Monday.

The AES Colon power plant, expected to start commercial operations on September 1, is 98 percent complete, while the LNG terminal has an advance of 80 percent as of the end of March.

The LNG import terminal is scheduled to receive its first commissioning cargo from Cheniere’s Sabine Pass plant, the first such facility to ship US shale gas overseas, next month onboard the 154,000-cbm LNG carrier Provalys, according to Bolinaga.

“This is a very important milestone in our way to start commercial operations on our gas-fired plant on September 1st, 2018,” he said.

Engie’s LNG carrier Provalys was on Tuesday moored offshore Colon, according to its AIS data. Prior to that, the tanker loaded a cargo at the Sabine Pass facility, VesselsValue data shows.

To remind, AES signed a deal last year with France’s Engie under which the latter would supply 400,000 tons of LNG per year over a 10-year period to the Costa Norte LNG terminal.

Consequently, the duo also entered into a joint venture to sell the chilled fuel to third parties in Central America.

The AES Colon power plant will use only 25 percent of the LNG terminal’s capacity, while the remaining 75 percent would be marketed for other varied uses.

These uses include conversion of power plants that currently use bunker or diesel fuel, transportation and bunkering, Bolinaga noted.

“AES Colon will have an in-and-out terminal that would be able to load vessels from 3,000 cbm to 180,000 cbm. This would allow redistributing LNG in bulk sizes to other countries and for bunkering,” he said.

Bolinaga said that the LNG terminal would also include a truck loading facility with two stations that could be expanded with an additional two slots to serve the local and regional market for industries, transportation and small-scale power generation.

The Costa Norte LNG terminal is located near the Caribbean entrance to the Panama Canal. The canal has been expanded in 2016 and is now able to accommodate about 90 percent of the world’s current LNG fleet.

LNG transits through the expanded canal have been steadily rising since July 2016 reaching record highs last year, driven by US exports of shale gas.

The addition of an LNG import facility further strengthens Panama’s position on the global LNG map and opens the door for the country to become an LNG distribution hub in the region. It also adds LNG know-how to the whole picture.

“Even though the Panama Canal has experience in the passage of LNGC vessels, this will be the first terminal in operation, which adds experience to the country in terms of the activity of unloading and supervision in LNG storage,” Bolinaga said.

He added that this has allowed exchanges with the Panama Canal Authority regarding the proper handling of contingency plans, risk assessments and technical aspects for this operation, as well as future bunkering operations. 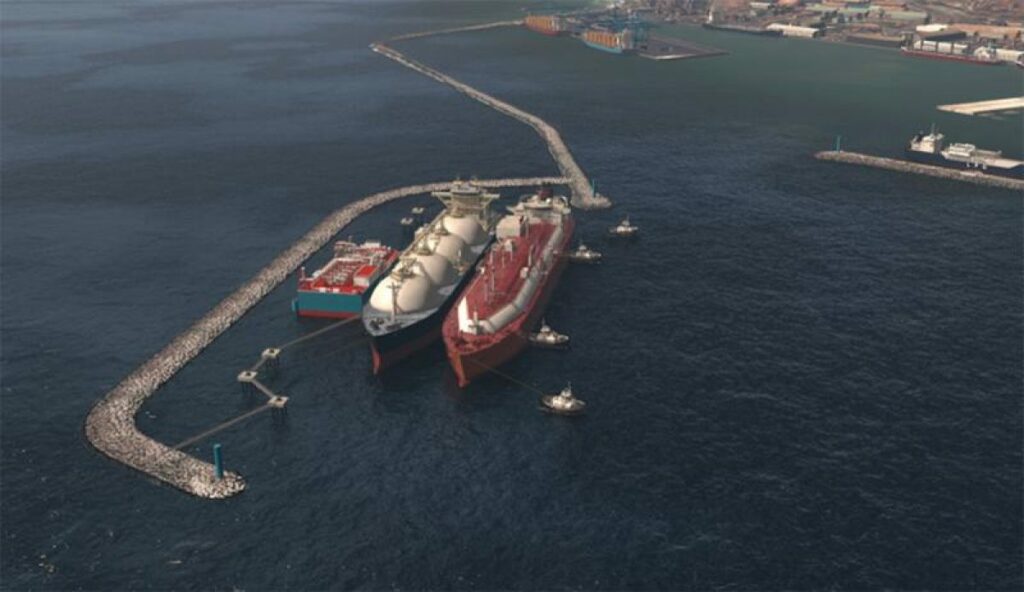