Independent Oil and Gas (IOG) has entered into binding agreements to farm out 50 per cent of its Southern North Sea (SNS) assets, excluding Harvey, to CalEnergy Resources Limited (CER).

IOG said on Friday it will be paid initial cash consideration of £40 million ($49.7M) on completion of the farm-out. CER will also pay for up to £125 million ($155.4M) of IOG’s development costs, representing 80 per cent of IOG’s 50 per cent share of Core Project costs, up to caps of £60 million for Phase 1 and £65 million for Phase 2 respectively.

The Core Project comprises 410 BCF of 2P+2C reserves and resources across six discovered Southern North Sea (SNS) gas fields. IOG will pay CER a royalty of 20.2% of its net revenues from the Phase 1 fields only (i.e. 10.1 per cent of gross Phase 1 revenues, net of National Transmission System entry charges and applicable marketing fees), up to a cap of £91 million over field life.

In addition, IOG will receive an effective royalty interest equating to £0.50/MCF on CER’s 50 per cent share of production from certain sections of the Goddard Field after 70 BCF gross has been produced from the field up to a maximum royalty of £9.75 million.

IOG will retain operatorship of the Core Project.

Completion of the farm-out is conditional on certain conditions being satisfied, including the receipt of OGA approval, the receipt of binding commitments from investors in respect of the Bond and various conditions relating to real estate leases at the Bacton terminal.

Upon completion of the farm-out of the SNS Assets (excluding Harvey) and the Bond, IOG and CER intend to proceed to immediate approval of Phase 1 FID.

As part of the farm-out, CER has also been granted an option to acquire 50 per cent of the Harvey licenses within three months of completion of the Harvey appraisal well. IOG said earlier this week that the Maersk Resilient jack-up rig was due to finish its prior operations over the coming week and start re-locating to Harvey well location. The Harvey well is expected to spud around August 3.

According to IOG, exercise of this option would maintain full alignment between IOG and CER across IOG’s entire SNS Assets in the event of a successful Harvey appraisal. On completion of the farm-in to Harvey CER will pay a further £20 million cash payment to IOG and a £0.95/MCF royalty on all of CER’s life-of-field net gas production from Harvey (equivalent to £61.3 million if Harvey produces IOG’s 129 BCF Best Estimate Prospective Resources). IOG’s pre-well estimates of the gross Prospective Resources at Harvey are low/mid/high 85/129/199 BCF.

In addition to the farm-out, IOG and CER have signed an area of mutual interest agreement to allow for future co-operation in further SNS business development activities on a 50:50 basis.

The specific focus is a defined area of the UK SNS which contains the wider tie-back radius of the Thames Pipeline. IOG has already identified and is working up several opportunities in this region for potentially value accretive incremental licensing applications and asset acquisitions, with a view to leveraging the competitive advantage provided by the Core Project’s infrastructure. With the Farm-out and AMI in place, the two partners are well placed to develop future projects.

IOG said it believes that CER is a very strong and naturally well-aligned partner for IOG both in co-developing the SNS assets and in jointly acquiring and developing further upside opportunities in the Thames Pipeline Catchment Area.

IOG stated it is planning to raise approximately £70 million through the issue of a Euro-denominated senior secured bond to institutional investors based on standard Nordic documentation.

The proceeds from the bond issue will provide for the full balance of IOG’s Phase 1 funding requirements, with an excess capital buffer. The company has mandated the Nordic investment bank ABG Sundal Collier as bookrunner and advisor in relation to this transaction and a detailed term sheet has been agreed in principle setting out the terms of the Bond issue. It is anticipated that the Bonds will be listed on the Oslo Stock Exchange.

The planned Bond is anticipated to have a 5-year tenor, be redeemable after 2.5 years (with a market standard call premium) and have a bullet repayment structure, which will allow for Phase 2 capex with a strong cash buffer at maturity. The Bond will be secured against IOG’s post-farm-out asset portfolio. Final terms will be known following completion of marketing and book-building.

IOG and CER have agreed that completion of the farm-out and Bond will trigger Phase 1 FID and submission of confirmation of full funding to the OGA. Following FID the award of key contracts will start. Phase 1 Field Development Plan (FDP) approval by the OGA is anticipated within weeks of FID.

Total Phase 1 gross capex is estimated at £293 million, plus £24 million of contingency and, subsequent to First Gas, a further £65 million investment in onshore compression. IOG’s net Phase 1 funding requirements further to the Farm-out will be fully covered by the proceeds of the proposed Bond.

Phase 2 gross capex, encompassing three platforms and eight wells, is currently estimated at £367 million plus £41 million of contingency. IOG’s net portion is projected to be fully funded from Phase 1 cashflows plus the £65 million development carry. Based on the current UK NBP gas forward curve, IOG’s Project IRR on the Core Project before any carry or financing benefits is 30%.

IOG has also entered definitive documentation with LOG which supersedes the debt restructuring agreed in April 2019. As a result, on completion of the farm-out, IOG will repay in full LOG’s non-convertible debt, currently £16.6 million including accrued interest.

In addition, LOG’s convertible loans, currently £22 million including accrued interest, will, at LOG’s election to be made by Friday, August 9, 2019, be either repaid, converted into IOG Ordinary Shares at the relevant exercise prices, up to a maximum holding of 29.9% of IOG’s issued share capital, or exchanged for long-term unsecured debt convertible at the equivalent price.

Consequently, the company’s post-farm-out assets will be left unencumbered to be pledged as security for the Bond. The Substantial Shareholder Relationship Agreement with LOG remains in place and will expire upon completion of the farm-out, at which time sales of shares held by LOG following farm-out completion will be subject to orderly market restrictions for a period of 12 months. LOG’s warrants will remain in place.

Andrew Hockey, CEO of IOG commented: “The successful farm-out to a partner of the stature of CalEnergy Resources, part of Berkshire Hathaway Energy Company, is a landmark transaction for IOG which should deliver very significant value for our shareholders both now and in the future.

“This transaction with CER is a strong validation of our exciting portfolio of upstream and infrastructure assets, as well as our focused Southern North Sea gas strategy which can generate exceptional shareholder returns. Importantly, with the balance of funding to come from the bond market, we expect to deliver FID without equity issuance. These transactions will provide the funding to develop our portfolio to cash flow and therefore a clear path to delivering material shareholder value.

“It is a testament to my team’s expertise, resourcefulness and tenacity to have reached this milestone after navigating some considerable challenges over recent years. We now look forward with real optimism to realizing the significant value in our portfolio and embracing opportunities to generate further upside through our partnership with CER.

“Additionally, we are pleased to continue as Operator, which reflects the quality of the operational team we have assembled under our COO Mark Hughes, who has extensive experience of successful project execution in the Southern North Sea.” 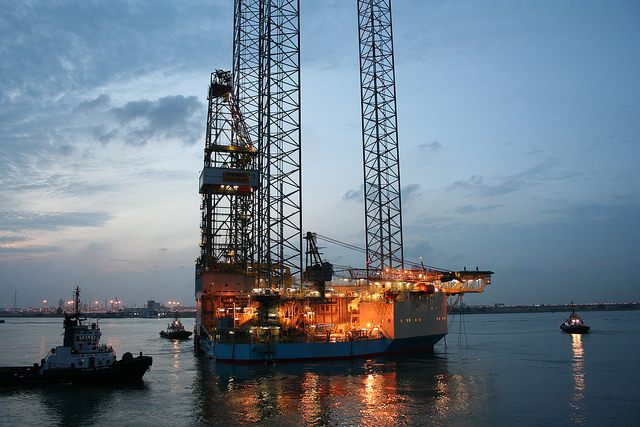 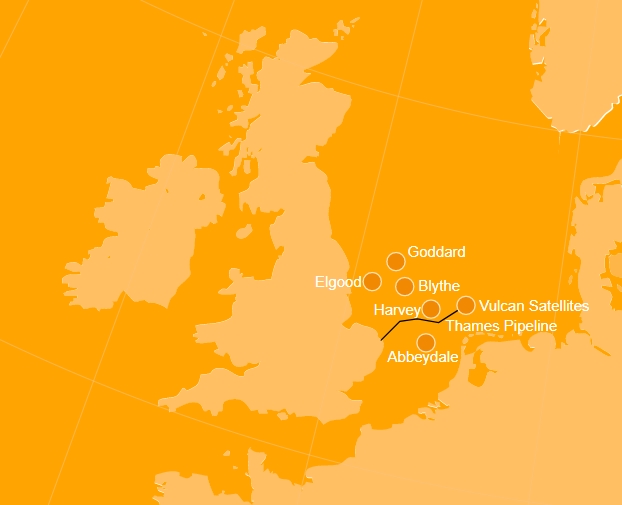