The cause of the fatal collision between Iranian tanker Sanchi and the Hong Kong-flagged bulker CF Crystal in January this year was the bulker’s changing of direction minutes before the crash, the Iranian Ports and Maritime Organization (PMO) said.

The findings were voiced by Nadar Pasandesh, Iranian representative of the committee investigating the cause of the incident, who said that CF Crystal’s veering to the right 15 minutes before the incident caused the tragedy that resulted in one of the worst oil spills in decades.

The argument that the incident wouldn’t have happened had CF Crystal retained its course is supported by Iran, Bangladesh and Panama.

However, committee representatives of Hong Kong and China believe that both ships failed to recognize the risk of the collision and undertake preventive measures, Reuters reports.

According to Pasandesh, the final ruling on the case will have to be made by a court.

The Sanchi, manned by 32 mariners, was carrying 136,000 tonnes of highly-toxic natural gas condensate from Iran when it collided with CF Crystal on January 6.

The ill-fated tanker Sanchi sank in the East China Sea on January 14, after a number of explosions aboard the ship. Three bodies were recovered from the vessel prior to its sinking, while the remaining crew members are also presumed dead. The 32 mariners included 30 Iranians and 2 Bangladeshis.

Iran, Panama, China and Hong Kong signed an agreement on January 25 on the joint investigation of the collision between Sanchi and CF Crystal. 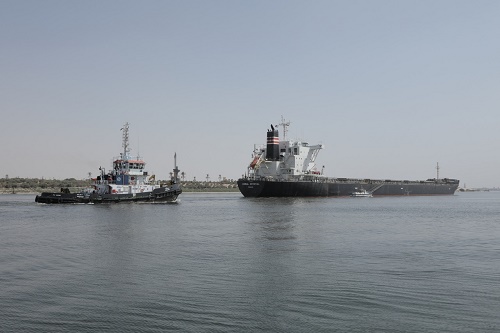 Bulker runs aground in Suez Canal but traffic remains uninterrupted
Posted: about 1 month ago
“Iranian drone” attacked Mercer Street tanker, US claims
Posted: 2 months ago
CDB Leasing snaps up nine Ultramaxes for up to $261 million
Posted: 15 days ago