Irish oil and gas explorer Providence and Sosina, its partner in the Licensing Option 16/27, will farm out 50 percent working interest in the block to France’s Total.

Under the farm-out agreement, Total will assume operatorship, pay its pro-rata share of past costs, and part of past and future costs during the 2-year term of the license.

In the event that the JV partners agree to convert LO 16/27 into a Frontier Exploration Licence, and a subsequent decision is taken to drill an exploration well, Total will pay 60% of the drilling costs, subject to a gross well cap of $42 million.

Apart from Total, Providence and Sosina have signed an option agreement with Capricorn, a subsidiary of Cairn, whereby Capricorn has as the right to farm-in to a 20 percent, working interest in LO 16/27 from Providence & Sosina. The option can be exercised by Capricorn within 60 days of the completion (plugging and abandoning) of the upcoming 53/6-A well on Frontier Exploration Licence 2/14.

If it decides to take a stake for the block, Capricorn will pay 24% of any future drilling costs, subject to a gross well cap of $42 million.

Tony O’Reilly, Chief Executive of Providence said: “We are delighted to have agreed this farm-in transaction on Avalon with one of the world’s leading E&P companies which provides further significant technical, financial and operational capability to the LO 16/27 joint venture group. We are also pleased to announce this option agreement with Cairn. This further potential transaction would serve to create a common partnership with our nearby Druid block with which Avalon shares many geological similarities.”

In addition to the announced farm-out agreement, Total has agreed with Providence on to have an exclusive option regarding the Frontier Exploration Licence 2/14.

The block lies in 2,250 meter water depth in the southern Porcupine Basin and is located c. 220 kilometers off the south west coast of Ireland.

It is operated by Providence Resources P.l.c. with 56 percent stake. Its partners there are Capricorn (30%) and Sosina (14%).

Under the terms of the option, Total has the option and the right, but not the obligation, to farm-in to a 35% working interest in FEL 2/14 from Providence & Sosina subject to the payment of $27 million to Providence and Sosina

The option can be exercised by TOTAL within 60 business days of the completion (plugging and abandoning) of the upcoming 53/6-A well, which is planned to spud in late June 2017 targeting the Druid and Drombeg prospects.

O’Reilly said: “We are delighted to have agreed this exclusive option with one of the world’s leading E&P companies.  Should Total subsequently elect to exercise the option and farm-in to FEL 2/14, the JV partners will have the benefit of being operated by an industry leader in deep-water hydrocarbon exploration and development”. 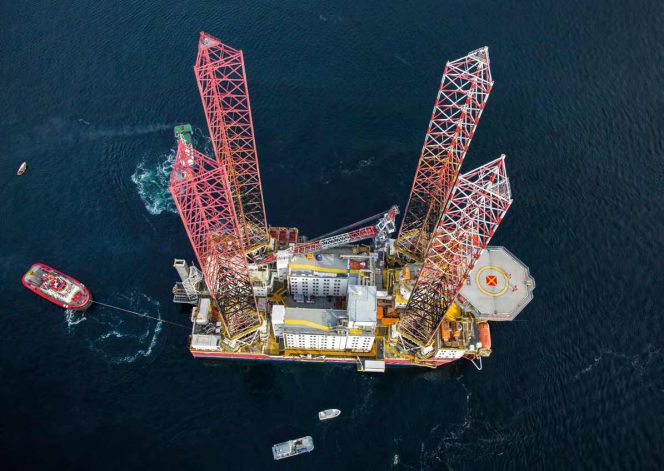