The Isle of Man Ship Registry (IOMSR) has become the first flag state to formally back the Eyesea initiative, the not-for-profit organisation formed last year to map marine pollution.

The move will see the IOMSR director Cameron Mitchell become an ambassador of Eyesea while the registry, which is home to 10,000 seafarers aboard more than 380 vessels, has become a member.

Eyesea aims to tackle pollution of the seas by collecting data in a newly developed app and reporting incidents of oil spills, rubbish and debris to NGOs like Beach Buddies and government organisations to action clean ups.

Cameron, a marine engineer and former seafarer, said he personally witnessed the devastating effect of pollution on the marine environment in his time at sea, particularly the accumulation of plastic waste in ports and coastal regions as well as witnessing large accumulations within the pacific ocean now commonly known as the notorious Great Pacific Garbage patch. He said he wants to mobilise the thousands of seafarers sailing under the IOMSR flag to document and report instances of pollution they witness. He said he will be encouraging seafarers to use the Eyesea app as well as the IOMSR ‘Crew Matters’ seafarer welfare app to capture examples of pollution.

“At the IOMSR we care about the sea and our values very much align to those of Eyesea and what it is aiming to achieve,” Mitchell said.

“We believe by partnering Eyesea we can make a genuine difference and actually do something to tackle the terrible pollution of our coastline and oceans worldwide.”

Mitchell further said the IOMSR has taken part in Beach Buddies initiatives through the Isle of Man Maritime cluster. He said members of the Isle of Man Maritime Cluster had also recently help trial a beta version of the Eyesea app on the Isle of Man after the island was battered by storms and high tides which washed up fishing nets and large amounts of rubbish and debris in March. A joint clean-up event organised by Beach Buddies and PlasticBusters subsequently collected 520 kilograms of trash littered over a large area of Douglas Beach on the self-governing British Crown Dependency.

Eyesea founder Graeme Somerville-Ryan welcomed the IOMSR to the Eyesea community. He said the sheer number of IOMSR seafarers and ships would support Eyesea’s long-term aim to model the effects of currents, wind and tide on the movement and location of pollution. From here Eyesea will develop pollution heat maps to target clean-up efforts.

“We believe there is a major role for Eyesea in helping communities efficiently and effectively care for their coastal environment,” Somerville-Ryan said.

“But to achieve that we need the support of organisations with the clout and reach of the IOMSR.  The shipping industry, with our tech and our reach, can provide key support to community and government clean-up initiatives.

Graeme said over the last six months, the Eyesea prototype has been tested by onshore community volunteers around the world, in Canada, the United States, Australia, New Zealand, India, Hong Kong, Chile, South Africa and the UK.

“There is a great desire for people to try and do something and to report what they are seeing on their coasts, and in their cities and towns,” he continued.

“As people understand the power of this information, we hope Eyesea will be able to support more clean-up initiatives on land and at sea.”

In 2020, the IOMSR became the first flag state to join the Getting to Zero coalition whose purpose is to help drive the development and deployment of commercially viable, deep-sea zero-emission vessels by 2030. It says this is key to achieving the International Maritime Organisation’s target of reducing greenhouse gas emissions from shipping by at least 50 per cent by 2050 compared to 2008 levels.

The IOMSR is ranked 17 in the world by Clarkson’s in terms of tonnage with around 14 million gross tonnes, under its flag. 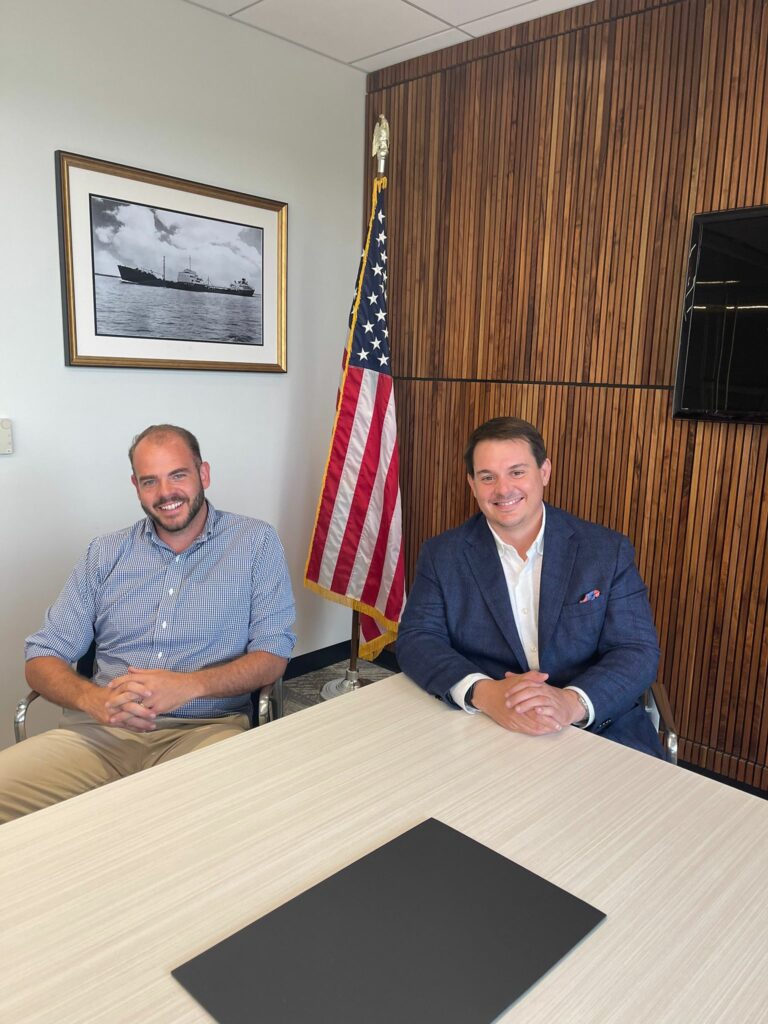