The jacket foundation for the second of the three Moray East’s Offshore Transformer Modules (OTMs) was installed on 10 August, according to the project’s Notice of Operations.

As reported a few days ago, the first of the three OTMs to be put in place was ME OSP3, shortly after it was dispatched from Belgium, where Smulders and Engie Fabricom are building the OTMs for Siemens Energy, which secured the contract to connect the wind farm to the grid in 2018.

A DEME spokesperson said that the OSP2 would be installed later this week.

The OTMs will transform the output of the offshore wind farm’s wind turbines from 66 kilovolts (kV) to the transmission voltage of 220kV.

Other grid connection works are also under way at the project site off Scotland, with the first export power cable now installed. The cable, installed by NKT, made landfall at Inverboyndie. 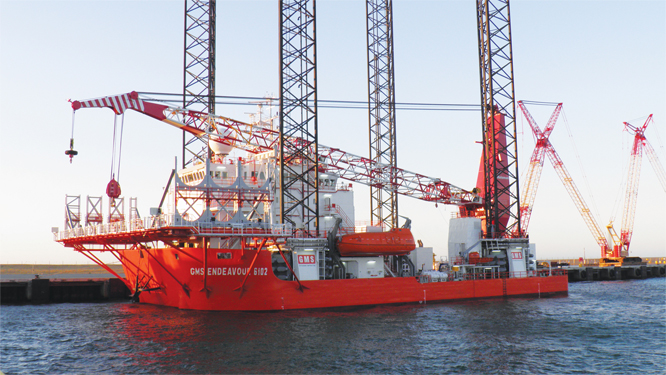