In a statement on Tuesday, Jadestone said that the well delivered an initial rate, after clean-up, approaching 10,000 bbls/d and following a period of well performance testing will be stabilised at around 3,000 bbls/d, as per guidance.

The Valaris 107 rig has made the short move to the Skua-10 and Skua-11 workover location and operations on Skua-11 have now started, the company added.

Jadestone has a 100 per cent working interest in the producing Montara project. The field lies approximately 690 km west of Darwin in a water depth of approximately 80 meters in the Timor Sea.

Jadestone’s activity plan on Montara and Stag fields was deferred from last year due to low oil prices. The company submitted its revised plan for the drilling of a development well H6 in the Montara field, with workovers of Skua-10 and Skua-11 also included in the programme, to Australian authorities in August 2021.

The Valaris 107 jack-up drilling rig was expected to come on contract with Jadestone in 2Q 2021. However, Jadestone experienced a one month delay in the work programme due to the late arrival of the Valaris 107 rig and longer than expected drilling at the Montara H6 well. The well has been sidetracked due to mechanical equipment issues.

By early September, the well was in the completions phase before being tied in and brought on stream. This well, together with the Skua workovers and the contribution of the Peninsular Malaysia assets, is giving Jadestone a clear line of sight on a production rate of 20,000 boe/d towards the end of the year.

Paul Blakeley, President and CEO, commented: “The Montara H6 well is an important milestone in our investment strategy for the Montara assets, confirming our view of the Montara reservoir, and providing near term growth. It not only delivers a significant increase in oil production but is also a key step in our plan to deliver circa 20,000 boe/d towards the end of this year.

“Higher production coincides with continued strength in oil prices, to which we are fully exposed given our unhedged position. As a result, our balance sheet continues to strengthen, providing the platform from which to execute on further growth through investment in both the existing portfolio as well as further M&A”.

The Valaris 107 rig has been under contract with Jadestone since June 2021 and is expected to complete the contract in October 2021, according to the rig owner’s fleet status report. After that, the rig is scheduled to work on the Buffalo-10 well in the Timor Sea for Carnarvon Petroleum. 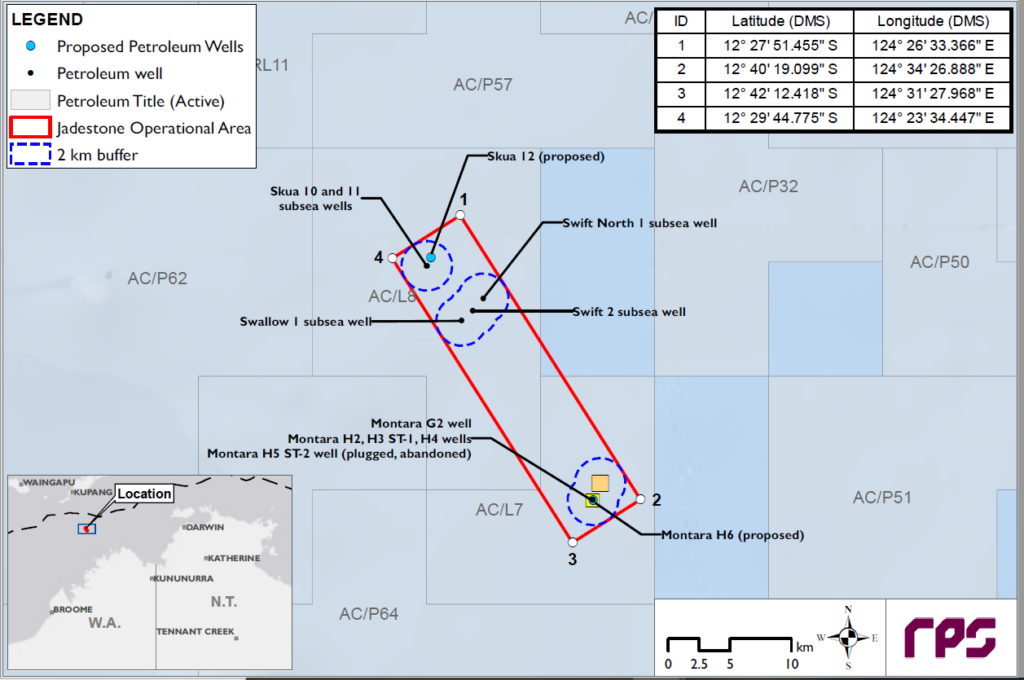