In an effort to study a variety of marine organisms which have evolved to live in extreme environments, the Japan Agency for Marine-Earth Science and Technology (JAMSTEC), led by President Asahiko Taira, has begun a project called QUELLE2013.

This project began in January 2013, using the manned research submersible SHINKAI 6500 and its support vessel YOKOSUKA.

QUELLE2013 is a global-scale voyage of scientific surveys and research on ecosystems in hydrothermal vent areas and other unique and extreme environments in the Indian, Atlantic and Pacific oceans.

SHINKAI 6500 has just completed a survey of the Tonga Trench*1, and is scheduled to survey from the end October to early November at the Kermadec Trench*2 in the South Pacific Ocean, and come back to Japan in early December.

Here is the brief summary of the just-completed survey of the Tonga Trench in the South Pacific Ocean.

1. Objectives of the survey of the Tonga Trench

This survey is part of JAMSTEC’s comprehensive studies on chemosynthetic and other marine organisms living in the deep seafloor, and in other extreme environments.

The main survey area is the 10,850 meter-deep Horizon Deep in the Tonga Trench – the world’s second deepest place in the ocean. The objectives of the survey were to: (I) describe the environmental characteristics of the “hadal zone”, including depths of greater than 10,000 meters, and sample the organisms living in this environment, and (II) find out exactly what is going on there, unravel the correlation between organisms and their habitats, and learn how the trench environment was created.

This is the first exploration with a manned research submersible in the Tonga Trench.

For the first time, sediment was sampled and video footage was taken by using a sediment sampling lander system with a video camera attachment. Also for the first time, the oxygen profile was measured in the upper layer of the seabed, using a separate sediment profiling lander. This was the second time, however, that video footage, sediment samples, and oxygen profiles have been taken at water depths greater than 10,000 meters by JAMSTEC in an oceanic trench .

JAMSTEC plans to analyze and compare the data and samples obtained from the Tonga Trench with those from the Mariana Trench, and thereby determine if there is any difference in environmental conditions and living species between the first and second deepest trenches in the world.

– Outcrops on the landward (western) slope of the trench were observed and rock samples were obtained, using SHINKAI 6500.

– Data on the submarine topography, gravity and magnetism were measured, using instruments on the vessel.

(II) Observation of living environments and survey of the depth distribution of organisms in and around the Horizon Deep at depths of 6,250 – 10,800 meters

– Visual observation was conducted during dives of SHINKAI 6500.

(2) Geological and biological survey in the north-central part of the Tonga Trench at depths of 5,500 – 6,500 meters

(I) Geological survey of the landward (western) slope of the trench

– Data on the submarine topography, gravity and magnetism were measured, using instruments on the vessel.

(1) A detailed bathymetric chart of an area around the Horizon Deep of the Tonga Trench was drawn. Geological features in the fastest-moving subduction zone were successfully revealed.

(2) At depths of 10,805 meters and 6,250 meters at the Horizon Deep of the Tonga Trench, the following was successfully achieved: (i) sampling of organisms living on, in or near the seabed, (ii) sampling of undisturbed sediment in the upper layer of the seabed, (iii) sampling of bottom water, (iv) measurement of oxygen profile, and (v) video recording of the seafloor with a high-definition camera. This video recording and the observation of seabed sediments are the very first to be made at the deepest point of the Tonga Trench. JAMSTEC plans to compare the observation data with the data obtained at the Challenger Deep.

(3) A supergiant (>20 centimeters long) hadal amphipod, Alicella gigantea, was successfully sampled. This was first time this supergiant amphipod has been sampled in the Tonga Trench. This amphipod has only been previously sampled in the South Pacific Ocean at the the Kermadec Trench. In addition, other amphipod species (e.g. Hirondellea dubia) and other hadal organisms were observed and sampled. 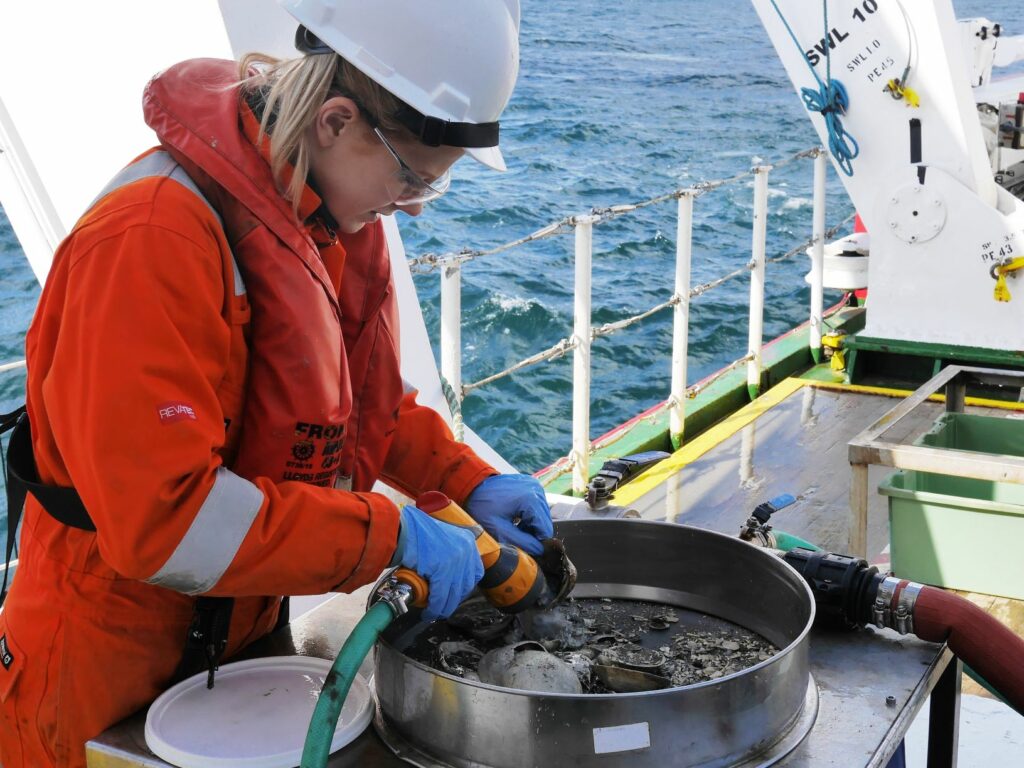