The recent collision between an oil/chemical tanker Alnic MC and USS John S. McCain from August 21 has impaired Singapore’s progress on ensuring safety at sea.

The country has been investing strenuous efforts over the past three years on reducing the vessel incident rate in the crowded waters of the country.

“Of course the accident just yesterday morning, between a US warship and a merchant vessel off the east of Singapore’s waters which resulted in 10 missing sailors, showed that we still have quite a lot of things to do,” he added.

In 2014, following a series of collisions at sea, the Maritime and Port Authority of Singapore (MPA) launched the [email protected] campaign to raise awareness and inculcate a safety-first culture at sea.

“Since then, MPA has taken steps to build a strong safety culture. For example, to enhance the safety of ferries, MPA has limited the lifespan of liferafts on regional ferries to 15 years and strengthened the inspection regime of liferaft servicing,” Lim pointed out.

At the regional level, Singapore has partnered up with Indonesia and Malaysia, through platforms such as the Tripartite Technical Experts Group and the Cooperative Mechanism on Safety of Navigation and Environmental Protection, to enhance the safety of navigation in the straits.

To remind, ten sailors are reported missing and five were injured in the collision.

According to the latest update from the US Navy, the divers have located some remains of the missing US Navy sailors in the warship’s sealed compartments and activities are underway to remove the remains found inside the US navy ship.

In addition, Malaysian Navy said their personnel found potential remains of another body, nevertheless, it remains to be confirmed whether they belong to the missing crew of the US Navy ship.

Search and rescue activities resume for the missing sailors.

The search area covered by the Singapore-led SAR efforts has been expanded to cover 2620 km2, with Singapore and the US covering the centre of the identified search area while Malaysian and Indonesian assets are covering the north and south, MPA Singapore said in its latest update. 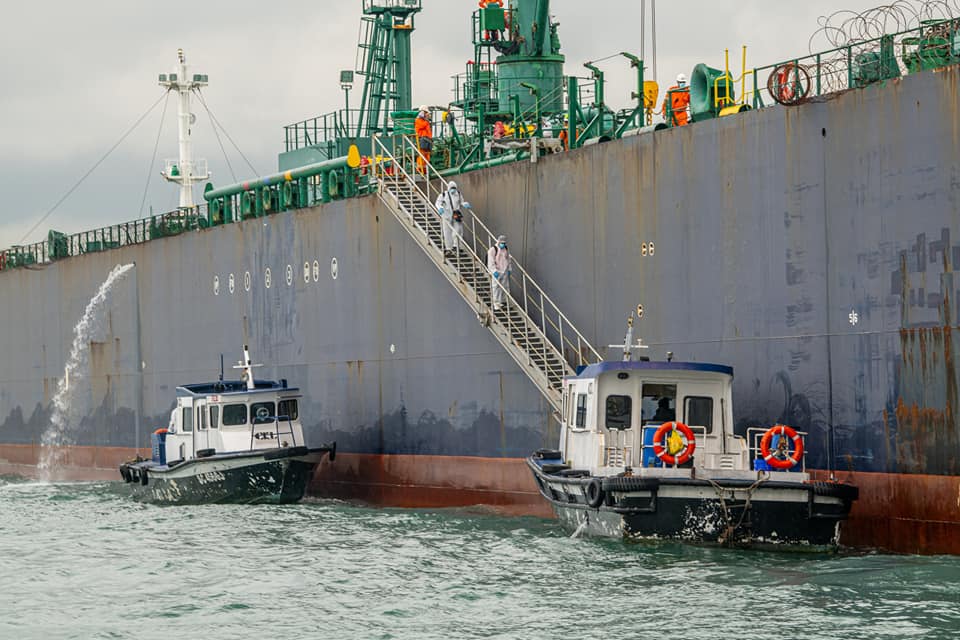