Jumbo said in its latest announced that the work on the Karish gas was completed in October. The company’s scope of work included transport and installation of 14 suction piles – part of the FPSO mooring system, a tie-in manifold, and a 24-inch deepwater gas sales spool.

The company installed the components on behalf of TechnipFMC at a depth of 1,760 metres which was, according to Jumbo, its new deep-water installation record.

Jumbo also shared a video of the operation. The work is scheduled to recommence in 2021, with the hook-up and installation of the Energean Power FPSO – the first such vessel to operate in the East Mediterranean.

Installing the mooring spread for the Energean Power FPSO, Jumbo installed 13 suction piles of 176 tonnes each and one weighing 235 tonnes. The FPSO is currently under construction at Sembcorp Marine yard in Singapore.

Joost van der Wiel, lead project engineer at Jumbo, said that installation of the large suction pile was especially challenging and required a specially engineered method in which the pile was first taken down to a depth of 200 meters, where it was hung off a Dyneema pennant.

“We then recovered the hook, reconfigured the crane, picked up the pile from the pennant and began the second lift down to 1,760 metres deep. That’s a record for us and I am very proud of the team that made this happen!”

Both the deck layout and the two 900-tonne cranes of Jumbo’s offshore construction vessel Fairplayer were reconfigured to enable each part of the installation. This involved the Fairplayer’s deep-water winches being modified to allow installation work down to 3,000 meters deep.

As for the Karish project, Energean said in November that it was 85 per cent complete. First gas is scheduled to be delivered in the fourth quarter of 2021.

The Energean Power FPSO vessel is scheduled to set sail from Singapore little bit before that. Currently, it is on schedule to depart in the summer of 2021. 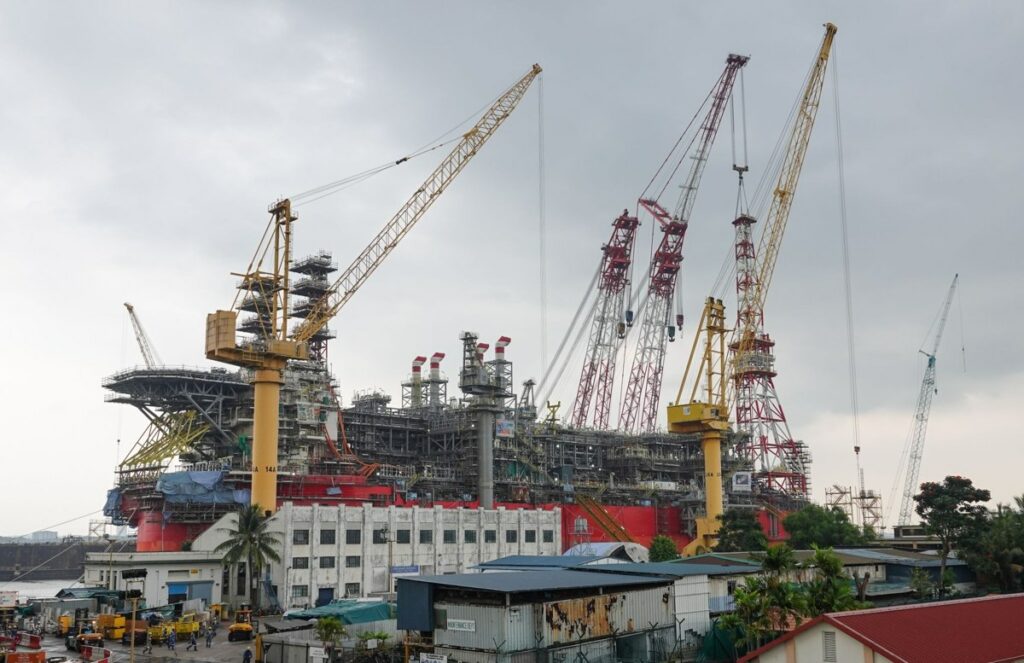