As informed, the construction will start immediately with the first LNG expected before the middle of the next decade.

LNG Canada is said to represent one of the most significant energy investment projects in Canadian history, with the total estimated development cost of about USD 14 billion. The facility will initially export LNG from two processing units or “trains” totaling 14 million tonnes per annum (mtpa), with the potential to expand to four trains in the future.

It is advantaged by access to abundant, low-cost natural gas from British Columbia’s vast resources and the relatively short shipping distance to North Asia, which is about 50% shorter than from the US Gulf of Mexico and avoids the Panama Canal. The LNG export facility will be constructed on a large, partially developed industrial site with an existing deep-water port, roads, rail and power supplies.

“We believe LNG Canada is the right project, in the right place, at the right time. Supplying natural gas over the coming decades will be critical as the world transitions to a lower carbon energy system. Global LNG demand is expected to double by 2035 compared with today, with much of this growth coming from Asia where gas displaces coal,” Ben van Beurden, Chief Executive Officer, Royal Dutch Shell, said.

The joint venture is comprised of Shell Canada Energy (40%), an affiliate of Royal Dutch Shell, and PETRONAS, through its wholly-owned entity, the North Montney LNG Limited Partnership (25%); PetroChina Canada, a subsidiary of PetroChina Company Limited (15%); Diamond LNG Canada, a subsidiary of Mitsubishi Corporation (15%); and Korea Gas Corporation, through its wholly owned subsidiary Kogas Canada LNG (5%). It is operated through LNG Canada Development.

In accordance with the joint venture agreement, each of the partners will be responsible to provide its own natural gas supply and will individually offtake and market its LNG in the respect of shares.

Following FID, Royal Boskalis Westminster N.V. (Boskalis) said it will execute the dredging scope for the development of the LNG export facility. The contract value is EUR 100 million. 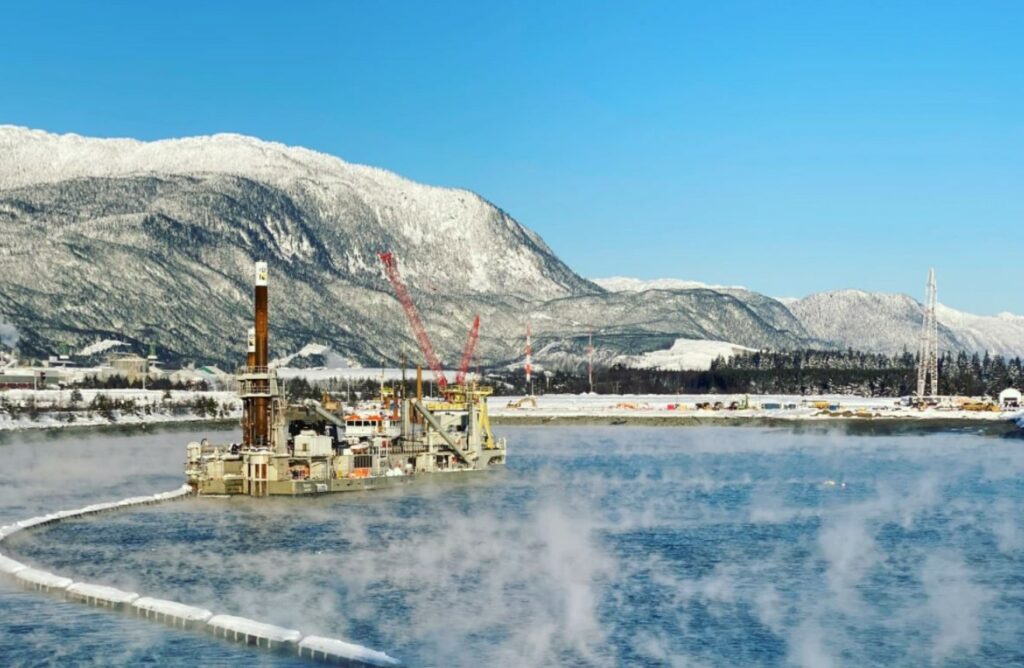