Nauticor said that Kairos received the license to conduct ship-to-ship bunkering operations in the port of Rostock at the beginning of December 2019.

The long-term permit was issued by the port authority of Rostock and is valid for the next years.

It is worth noting that Nauticor has been supplying LNG to marine customers in the port of Rostock since 2017.

The first vessel of its kind to bunker LNG in Germany was the Fure West, owned and operated by the Swedish shipping company Furetank, which received LNG from several trucks.

Richard Schröder, director finance and operations at Nauticor, said: “Moving from LNG supply by truck to a ship-to-ship supply solution is the natural next step for the development of Nauticor’s LNG supply business in Rostock.

“As a result of our extensive track record in providing the chilled fuel to shipowners not only in Rostock, but in northwest Europe in general, and thanks to the experienced and well-prepared people in charge within the responsible authorities in Rostock, the process to receive the permit was effective and smooth.”

According to the company, the permit to conduct ship-to-ship LNG bunkering operations in the largest German Baltic Sea port would be the basis for the supply of LNG to a variety of customers.

The preparations for the supply of LNG to their vessels are already ongoing, and the first operations will be conducted within the next weeks.

Jens Scharner, managing director of Rostock Port, added: “By granting the permit for the first LNG bunker supply vessel in the port of Rostock, the authorities involved have shown again that we have the right framework in place to support those shipowners that take the next step towards more sustainable shipping.“ 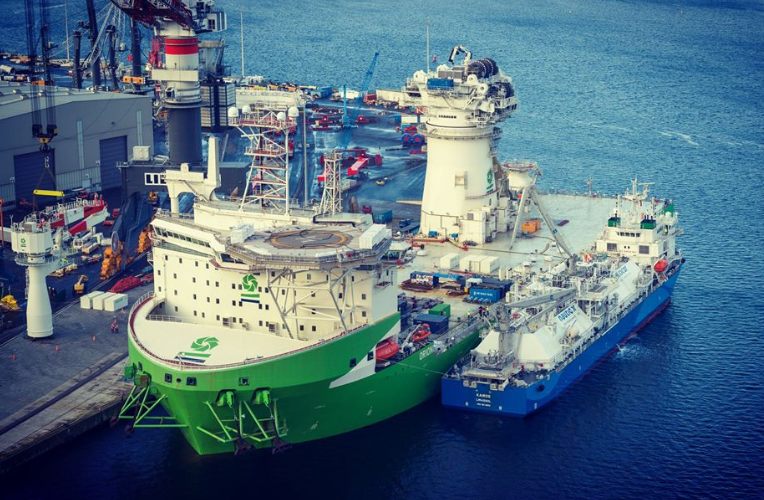